Rajiv Hari Om Bhatia born on the 9th of September, 1967 better known by his stage name Akshay Kumar, is an Indian-born Canadian Actor, a producer, and a martial artist as well. His journey moves from learning martial art in Bangkok, where he also worked as a chef and waiter to keep his days running; all the way up to this day where he has appeared in over hundred movies. Akshay Kumar has played versatile roles over the years, but the comedy genre has definitely been one of his fortes. 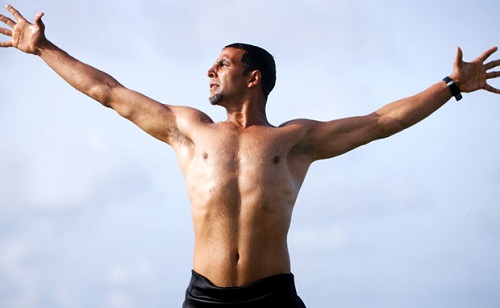 With the film’s title giving away an essence of the movie, Tamannaah and Akshay Kumar not only made the funny bones be tickled ,but also brought some really good chart numbers through the movie. With Sajid-Farhad’s written work , and screened in the year 2014, this movie did receive its share of mixed critic reviews, but there were those who praised for the entertainment it brought and the lovely dog that caught everyone’s eyes in the movie.

The movie directed by Sajid Khan and starring a star stud cast with John Abraham, Riteish Deshmukh, Asin and Jacqueline Fernandez, the movie was a special one for the audience and Akshay Kumar, as it marked his entry into the 100 crores club. The movie was a much more successful as compared to its predecessor grossing close to $ 28 million.

Though the 2010 comedy film directed by Sajid Khan got mixed reviews from the critics, it went on to become a great hit in the year. The crowd, in particular, enjoyed the chemistry and dialogue between Ritesh Deshmukh and Akshay Kumar. It also had other gorgeous stars like Deepika Padukone, Lara Dutta, and Jiah Khan. The film grossed close to $17 Million.

This 2008 comedy film brought into life by Anees Basmee was not only enjoyed for the fun element ,but also the sparkling chemistry between the most loved on-screen couple Katrina Kaif and Akshay Kumar. With catchy songs and romantic melodies coupled with Akshay Kumar’s comedy timing, the movie turned out to be one his biggest hits.

Welcome, a 2007 Hindi movie was a potpourri of drama, comedy, love and everything one could ask from an Indian Masala filled movie. Directed by Anees Bazmee the film spawned a sequel, named Welcome Back and became the first installment of Welcome film series. With Katrina Kaif on his side, Akshay won hearts with this out and out comedy.

The Khiladi movie of Akshay Kumar’s to be conceptualized back into another series was made possible through this movie in the year 2012.  The film marks the return of Akshay Kumar to his Khiladi series after 12 years.Khiladi movie series generally focuses on a high volume of actions, but this Khiladi flick had comedy running right through the beginning.The reviews were mixed, but the music and the comedy did manage to make the movie sail through

Rajinikanth’s Chandramukhi was a horror-drama. Still remembered for the ghastly nights and the dread-filled eyes didn’t stop Akshay Kumar and Priyadarshan to turn this into a comedy.

There were intense scenes in the movie all thanks to Vidya Balan, but by large the movie was remembered for the fun element that Akshay Kumar added to the movie. Pritam’s chartbuster song Hare Krishna Hare Raam got everyone to hum and tune for the movie making it a success

Coming from the classic comedy cult movies of Indian Cinema nothing less than a box office hit was expected from this movie second in series to the original Hera Pheri, released in the year 2006. Despite Priyadarshan missing from action and Neeraj Vora taking over as director, the film opened well. The content received its harsh reviews for being inferior in nature to the first movie, but a cult movie has its space in the hearts of everyone making this a successful venture in Akshay Kumar’s Bollywood history

Akshay Kumar’s chemistry with John Abraham was much appreciated under the banner of yet another Priyadarshan quick-fire comedy movie. This 2005 released movie climbed into everyone’s head with the catchy and popular songs which are still hummed by the crowd. Akshay Kumar received the Best Actor in a Comic Role award for his performance at the Filmfare Awards making this yet another milestone in his comedy fuelled Bollywood journey

Akshay Kumar who was always known as the action guy with his special expertise in martial arts successfully made a transition into the comedy world where he was not only appreciated but tagged as one of the finest the Bollywood world saw so far. The well famous trio of Akshay Kumar, Suniel Shetty, and Paresh Rawal was formed through this movie by Priyadarshan in the year 2000. The movie enjoys a cult status today in the comedy genre and went on to make a sequel in the later years.