Tamannaah is one of the most sought after actresses in South India. She is among those actresses who started their career in modeling but soon made their way into the tinsel town. 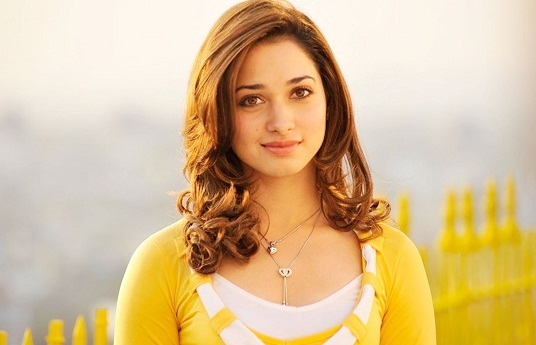 Income Sources: Tamannaah Bhatia is a leading actress in the South Indian film industry and she is paid as much as Rs 1.75 crore per film. She has also featured in some Hindi films. She has done some music videos and also amasses a huge sum of money with a successful modeling career. She has worked in commercials of a number of well known brands such as Fanta, Shakhti Masala, Sun Direct, Chandrika Ayurvedic Soap and Celkon Mobiles, in which she has modeled along with cricketer Virat Kohli.

Tamannaah hails from a Punjabi family and was born in Mumbai. She went to Maneckji Cooper Educational School in Juhu and it was here, when she was noticed on the annual day function of her school and got her first modeling assignment when she was just 13 years old. She had an interest in acting as a youngster and she joined the prestigious Prithvi Theater to pursue this hobby, which later became her career. Originally known as Tamanna, the actress changed the spelling of her name because of the suggestion of a numerology expert. Tamannah is an activist of the animal rights organization PETA. She has also recently launched her own designer jewelry brand under the name of Wite n Gold.

Tamannah made her career debut with a Hindi movie called “Chand Sa Roshan Chehra”, which was released in 2005, when she was just 15 years old. The film did not do well and she decided to move down South, where she appeared in Telugu film “Sri” and Tamil film “Kedi”, in 2005 and 2006 respectively. The films did not do well commercially, but brought recognition for her as an actress. She established herself in the South Indian industry with the successful movies “Happy Days” and “Kalloori”. Tamannaah went on to work in a large number of movies and received great appreciation for many of them, such as “Kalidasu”, “Ready”, “Padikkadavan”, “Konchem Ishtam Konchem Kashtam”, “Ayan” and “Paiyaa”. She received huge acclaim for her excellent performance in a movie called “Kanden Kadhalai”, which was the remake of the hit Hindi movie “Jab We Met”. Her 2011 Telugu movie “100% Love” became the top grosser of the year and also earned her several awards and nominations. She made a comeback to the Hindi film industry in 2013, with “Himmatwala” which paired her opposite Ajay Devgan, but the film was a total disaster. However, Tamannaah did not give up hope and came back again with Akshay Kumar starrer “It’s Entertainment”, which was an average hit. Another Hindi flop came her way with the multi starrer film “Humshakals”. Tamannaah may not have got the desired success in Bollywood but she is a shining star down south.