Tanushree Dutta is a beauty pageant who won the tittle Femina Miss India Universe in 2004. Before her pageant win she appeared on a Bengali show on local TV, Bangladeshi ad campaigns and stage shows.

Tanushree currently planning to start her own business in US. She was financially dependent on her father for a while. 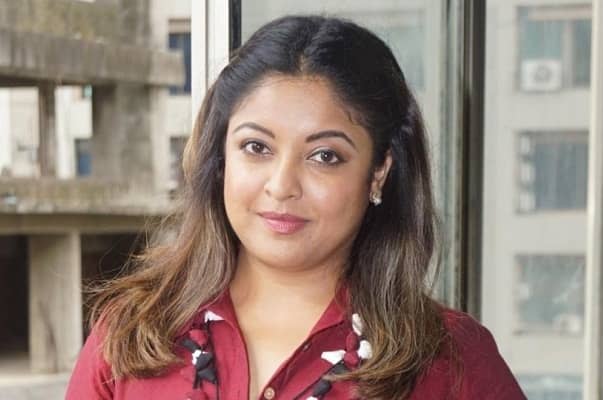 Tanushree Dutta was born in Jamshedpur, Jharkand. She belongs to Bengali Kayastha family. Her father is Tapan Dutta who is employed in Life insurance corporation of India. Her mother Shika Dutta is a home maker. She has a sister Ishita Dutta who is an actress too. Tanushree completed her schooling from hometown and attended Junior college in Pune. She dropped out from her first year B.com and started modelling.

She worked part-time as an Executive at an Event Management Company while she built her career as amateur actor and model. She also participated in the pop song ‘Saiyyan Dil Mein aana re’ by Harry Anand. She was also crowned as Miss Confidence and Miss Beautiful Smile. Later she represented India at the prestigious Miss Universe Pageant and ended among top ten finalists. She has worked in many languages like Tamil, Telugu and Malayalam movies. Few of her movies include Veerabhadra, Risk, Saas Bahu aur Sensex, Bhagam Bhag and Speed. Tanu shree dated the director Aditya Datt for a while. Her Bollywood debut in Aashique Banaya Apne is a hit. Her other Chocolate also received good reviews of her work. In 2010, she ended her film career with film ‘Apartment’ and went on sabbatical for almost 2 and half years due to the sexual harassment happened with her. She went to Buddhist Monastery to fight depression. She then went to Ladakh to learn vipassana meditation. Currently she is a resident of USA and stays in New Jersey. She is planning to start her own business and willing to live a spiritual life.

She became a news sensation when she alleged that her co-star Nana Patekar had misbehaved with her during rehearsal of her item song for the film ‘Horn OK please’ in 2008 which led to the ‘Metoo’ movement in India. She received humble support from few actors and few have criticized her. Her hobbies include traveling and reading books. She likes to eat Bengali Fish Curry and her favourite fruit is Mango. She is fond of Akshay Kumar and admires Aishwarya Rai, Bipasha Basu and Rani Mukherji. We wish her all the very best for her future endeavours.