Bollywood has been a popular destination for models and beauty queens, with the likes of Aishwarya Rai, Priyanka Chopra, Lara Dutta and Diana Hayden to have entered the industry after a successful modeling career. One of the popular models who made a transition to the film industry is the dusky Bengali beauty, Bipasha Basu. Bipasha is considered as one of the hottest and boldest Bollywood beauty today. 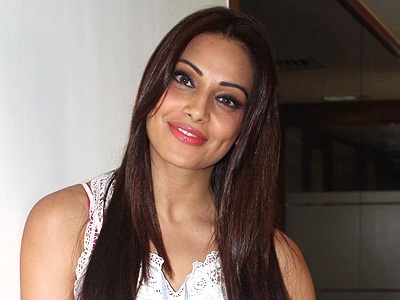 Income Sources: Bipasha is one of the most sought after actress today, making huge income from her acting assignments. She has also earned a lot of money from her modeling assignments and has also endorsed a number of leading brands.

Marital Status: Married To karan Singh Grover in Past Bipasha had a long time live in relationship with the popular model actor, John Abraham, but the two of them broke up. Later, she was involved with actor Harman Baweja, but there has been a break up again.

Bipasha Basu belongs to a Bengali family, but was born in Delhi and has her parents and two sisters in her family. She struck lucky when she got her first modeling assignment at the age of just 16 years and never had to look back after that. She went on to become one of the most successful models of the country. After this, she entered Bollywood and tasted success and fame here too. Bipasha is a fitness freak and has also launched her fitness video too. She is recognized for her bold attitude in life, movies as well as her relationships.

The dusky beauty made an unconventional debut in Bollywood, with a negative role in the movie “Ajnabee” in 2001, but the risk paid off and she stole the show from her co stars and received the Filmfare Best Female Debut Award for the movie. After this, she was acclaimed for her performances in “Raaz” and “Jism”, and earned the title of Bollywood Sex Symbol for her bold skin show in both the movies. She was acclaimed as a versatile actress with her roles in movies like “Phir Hera Pherui”, “Race”, “Dhoom 2” and “No Entry”. The serious roles of “Corporate”, “Apharan” and “Bachna Ae Hasino” established Bipasha as a serious actress. A low phase in her career came from 2009-11, after which she made a brilliant comeback with “Raaz 3”, bringing her the title of Horror Queen of Bollywood. She has also featured in some Bengali, Tamil and Telugu movies.

After her phenomenal success in Bollywood, Bipasha has bought two apartments in the city for herself and her family, which are located in Juhu-Versova and Bandra. The latter is a luxurious apartment, designed by ace interior designers Ehsan Qureshi and Rajiv Acharya. She wishes to find another dream house in the city, which has a swimming pool. She replicates her class and elegance with a fleet of luxurious cars, which includes the likes of the leading auto brands like Audi and Porsche.