Pune may be eclipsed by neighboring Mumbai in the Maharashtra state of India. Nevertheless, it remains to be an interesting city that is also worth a visit.

The nucleus of the historic Maratha empire, Pune was home to the Peshawas, who were the efficient prime ministers of the Maratha empire. Hence, Pune is considered as the cultural capital of Maharashtra state. 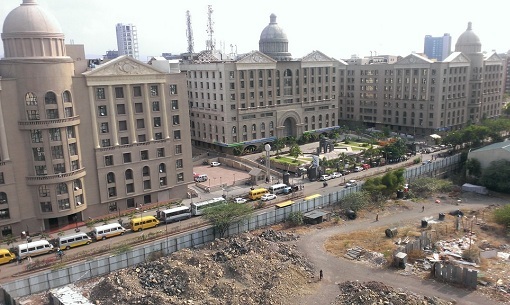 In this article, come read and appreciate ten very interesting facts about the beautiful city of Pune in India.

10. It is one of India’s oldest established cities still in existence

Pune is replete with history. The oldest reference to the city goes all the way back to the year 900, during the Rashtrakuta dynasty. This royal dynasty ruled a large part of the Indian subcontinent for 500 years – from the 6th all the way to the 11th century. This empire made Pune one of its major agricultural settlements.

9. Pune used to be called Poona

The British colonial era gave a lot of positive and negative contributions to India and its people. In the early part of the 21st century, a growing movement in India changed colonial names of cities to reflect more historically accurate and indigenous names. The city name Poona was a name given to the city by the British. In recent years, the city, in a nationalistic overture, moved to change its name to Pune.

8. The city saw many wars against the British colonizers

In spite of its relatively smaller size and population, the city of Pune became the venue for many uprisings against the British. Not a few of Pune’s people fought and sacrificed their lives for the cause of national emancipation. The city has always been a center of social reform led by influential people such as Gopal Krishna Gokhale, Ban Gangadhar Tilak, Tarabai Shinde, and Pandita Ramabai, among many others.

7. Pune is one of India’s fastest-growing cities

Pune’s economic potential had been partially realized by the growth of major industries like the software and IT industries, floriculture, food-processing, and tourism. The city is now home to many IT parks and continues to attract foreign investors and multinational companies due to its good investment climate and young population of skilled professionals.

The city of Pune sits on a geographical location with considerable seismic activity. Over the years, Pune has felt weak to moderate earthquakes – none of which went beyond intensity V on the Richter scale. Pune though is said to be preparing for “the big one.”

The benefit of living in a city that is not as big as Delhi, Mumbai, or Bangalore – is its potential for careful, well-planned, and efficient urban planning. Over the years and into the future, Pune is being divided into different urban and residential zones to maximize the city’s efficiency and to cater to the growing demands of its populace. Neighbourhoods and suburbs are slowly being transformed into residential areas, IT parks, industrial areas, and education hubs.

Pune is the nucleus of Marathi influence. Hence, the city is proud of its Marathi mother tongue and heritage. Hindi, English, and Kannada though are also widely spoken.

3. Pune is a city of many faiths

Just like the rest of India, a great majority of people who live in Pune are Hindus. However, freedom of religion also enables other faiths to thrive and propagate in India’s capital. These other faiths include a sizeable population of Muslims, Jains, Sikhs, Buddhists, Catholics, and Protestants. There are also small numbers of Parsis, Jews, and atheists.

2. Pune is one of India’s yoga centers

Pune is home to Iyengar yoga, one of the many schools of yoga propagated by yoga masters. This specific school of yoga was popularized by BKS Iyengar.

The staple food of people from Pune include sorghum and pearl millet. Specialties include Puran Poli – a bread dessert, Mastani – a thick milkshake, and Bakarvadi – a crispy snack.