The Laxmi Narayan temple also known as Birla Mandir after the builder Jugal Kishore Birla. The temple was inaugurated by Mahatma Gandhi in 1939. It took 6 years to complete the building. Narayan means Vishnu when he is with his consort Lakshmi. The temple is on Mandir Marg which is 1.5 kilometer away from Connaught place, Delhi.

The temple is spread across 7.5 acres of land. The temple is decorated with fountains, shrines and nationalistic sculptures. The temple is quite busy during Janmashtami and Diwali.The foundation of the stone was laid by Maharaj Uday Bhanu Singh. The architect who build the temple was Sri Chandra Chatterjee who was a proponent of the Modern Indian Architecture Movement. The architecture was heavily inspired by Swadeshi movement of early 20th century and the canonical texts were used. Chatterjee used modern materials in his construction and is well admired till date. 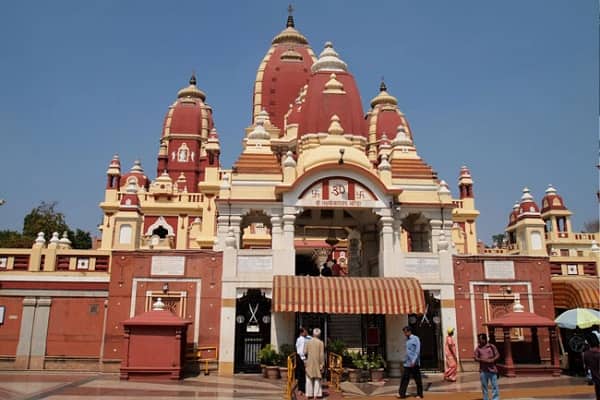 2. While inaugurating the temple Mahatma Gandhi put a condition to not only allow upper caste Hindus, but allow all other Hindus to the temple. This temple allows all kinds of people from different castes without any discrimination.

3. The three storied temple’s architecture is based on Nagara Style and is adorned with carvings depicting the scenes from golden yuga.

4. The number of artisans who worked on the temple were more than 100 and were headed by Acharya Vishvanath Shastri.

5. The highest shikhara of the temple is 160 ft high and the temple faces east and is placed on high place.The other shrines rise upto 116 ft which adds the beautiful giant elegance to the main sanctum.

6. The stone is marble and is brought from Jaipur a place in Rajasthan which is famous for its Marble.

7. The tall towers depict the architecture or Orissa state and is believed to be inspired by the architect.However, the outside of the temple is Marble and red sandstone depicting Mughal architecture.

8. The skilled artisans were from Baneras worked on various stones brought from places in India. Kota stone from Makarana from Agra and Kota from Jaisalmer.

9. On the rare end of the temple there are terrace garden and fountains.

10. The Birla family has built many Birla temples across India. It is an interesting fact on how they have developed a systematic culture to keep the religious beliefs through Birla temple.

11. The two storied verandah on the three sides are overlooked by the interior court.

12. Interestingly, a wall on Birla temple has a man’s inscription called Krishna Pal Sharma from 1942 who turned few grams of mercury into gold which was witnessed by many.

13. Every year during Janmashtami, the Birla temple is decorated like a newlywed Indian bride. Many tourists and local pilgrims come to watch this gallant festival.

14. During Diwali the whole temple is lit and the light glows providing a calm positive festival vibe.

15. There is an arena which is believed to be Bhima’s gym. Bhima is from Mahabharata who is one of the brothers among Pancha pandavas.

The temple remains open from 7:00 am – 12:00 pm and 2:00 pm – 9:00 pm. The best time to visit Delhi is between February and April or in Winter. The nearest metro station near to Birla temple is RK Ashram Marg. Taking photographs is not allowed inside the temple and the cameras can be stored in lockers during the visit.

The entry to the temple is always free. However, if you want to have some religious pooja done then you may need to shed some money. The temple is also quite close to Jantar mantar making it one of the top visit as tourist in Delhi.

I hope the information about the great Birla Mandir will help you understand its significance and the beauty of its modern architecture blended with Indian mythology. 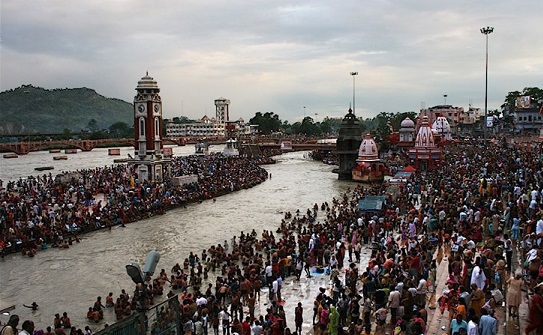