10 Most Interesting and Unknown Facts about Varanasi

Varanasi, also known as Kashi or Banaras is one of the most important pilgrimages of the Hindu religion, which has earned the titles like “City of Temple” and “Religious Capital of India”. The city attracts thousands of pilgrims every year, in addition to such people from around the globe who are interested in the religion as well as cultural heritage of this amazing country. The countless temples, ghats and universities of the city are the major attractions which this city presents for curious travelers from around the world.

Here are 10 most interesting and unknown facts about Varanasi: 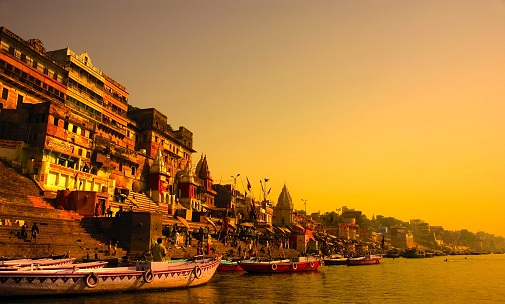 #1. The holy city, which lies on the banks of the scared River Ganges, is believed to be the oldest living city in the world, which according to the legend is the abode of Lord Shiva and Goddess Parvati. It is believed that the person who breathes his last here is sure to attain salvation.

#2. Varanasi is the city which has countless temples devoted to both Shaivism and Vaishnavism, and both these forms of Hinduism co exist here in harmony. It is also an important center of the Jain religion, as it is the birth place of the twenty third Tirthankara, Parsvanath.

#3. Besides being an important religious city, Varanasi is also a major center of learning and culture. The Banaras Hindu University in the city is the largest university in Asia.

#4. Additionally, Varanasi is associated with the origin of the ancient holistic healing sciences of Ayurveda and Yoga. The founder of these sciences, Maharishi Patanjali, has strong connections with the city of Varanasi.

#5. Besides being world famous for its religious and cultural significance, the city is also recognized as a center of trade and commerce since ancient times, dealing in commodities such as silver and gold brocades and the widely popular, Banarasi silks.

#6. Another interesting fact about Varanasi is that it is home to several literary geniuses such as Munshi Prem Chand and Tulsi Das, who penned down the great epic Ram Charit Manas.

#7. The city is also the birth place of celebrated artists, musicians and dancers, including the acclaimed sitar player, Ravi Shankar and the shehnai maestro Ustad Bismillah Khan.

#8. Varanasi is the living symbol of the Hindu renaissance, being home to its culture, knowledge, devotion, art and philosophy.

#9. It has been used as a location of shooting of countless films, both from India and across the borders, in addition to being the venue of numerous television serial and travel shows.

#10. A very strange and unbelievable custom practiced in the city of Varanasi is that of frog marriage, which is carried out in the rainy season at the Ashwamedh Ghat. The priest performs the ritual of wedding a couple of frogs and they are then left into the river.

All these interesting facts about the city are responsible for increasing the attraction value of the city for Indian and global travelers. It is believed that the ancient city has been a chief center of civilization for the past 3000 years.