The Bollywood actress is known in the fashion circuit for her sexist body and looks. All Bollywood Beach babe sets the Internet on fire with her gorgeous look to impress own fan and industries to stand out with own Hot list image.

Indian Bollywood actress keeps posted about her amazing looks through social media through different sites. They like to be queen on Bollywood industries. Her sexiest avatar as they took a swim on bright summer day.

Mostly in blue and white is favourable swimwear sported was on hottest look and ideal to flaunt her navel piercing.

For Alia Bhatt, that was not so easy to shoot in the two-piece in her movie ‘Student of the Year’, and that’s why her recent two-piece pink bikini in “Shandaar movie” is really stunning. Due to cold weather there shooting was done on UK beach, Where weather was too cold but she has not shied away to show her skin. Actually, she was waiting to camera get rolled and when the camera in on she just removed her top covered clothes and felt comfortable at  Beach in two piece Swimwear. And when the shoot is complete she quick covered. (She faces too cold – to look too hot.) 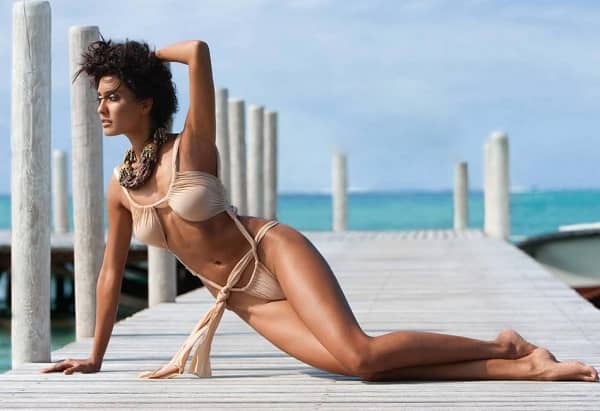 The unique name in Bollywood who spotted by Anil Kapoor in coffee house from where she started thinking about film carrier She learnt method of acting from New York when she return in Bollywood with decent start with box office hit without of critic with positive review in Shaukeen . The sexiest Lisa is also spotted as a beach star in this movie however his living life knows as very simple, she enjoys as beach star in Shaukeen with Girlfriend & chilling with others. (His father is Indian who married with Australian woman who makes her prominent actress).

In Swimwear Katrina Kaif looks so good in her photoshoot a dedicated actress in Bollywood who always be sexiest and always looks amazing in Two-piece Beach side dress up. For own hot and sexiest look Katrina always stay in discussion and top rated star in Bollywood. In The Baar Baar Dekho, she appears to be as radiant with its clear waters and white beauty in two pieces perfect fitted Beach dress (Swimwear).  Her dedication looks for this shooting in Katrina after a long journey (3-plans and 12 hours journey – Ok when shooting).

Dhoom 2 one of the best Bollywood movie to be shot in Brazil 1st time with high production cost just to ensure to look original and Bipasha Basu a real sexiest looking star is on Beach make the movies Wowww. She got famous for its Motorcycle stunt, dangerous and glamor’s stunt.  When Bipasha came in Bollywood she got famous due to own look and her amazing looks in swimming wear. In Doom 2 she makes different with this dress create star image & Now we think about her marriage life she married with Karan Singh Grover, Just after a year of marriage, recently they celebrate own Beach vacation and cherishing own marital bliss. On their 1st honeymoon, these two lovebirds are now basking in the sun in the scenic Bali.

Now we are not talking any King fu style, it’s all about yoga by Disha on Beach. Yoga for the hot looking body on hot place how’s that.  It’s Amazing shoot for her Disha with Jackie Chan in Kung Fu Yoga, (the gorgeous girl from U.P. – Bareilly a small town.

She is pretty girl with brown eye , In very short time she done international film with international star Jackie Chan,  she never thought before that her dream became true so early when she was giving Auditioned for the role of this movie (Kung fu yoga) she was excited , As per her Jaikie Chan is the best storyteller on this planet.

Amy Jackson the British actress in sing is billing a Comedian and drama movie with Akshay Kumar a blockbuster movie. She famous due to this movie for two act 1st as a Two Piece swimming wear and her Ass-kicking which she action scene done in Singh is billing absolutely delight on screen and from there Amy Jackson got the Jackpot in audience views and mind. With her unforgettable bikini avatar, she became the second girl in industries who newly arise as Bikini avatar after Allia to look sexier.  Think the image of Introducing Amy Jackson character in the movie coming out of the blue ocean from Beach in the red bikini, absolutely stunner the sexy red one piece bikini looking too glamorous actress.

Malaika Arora or Malaika Arora Khan flaunts in bikini, snorkelling and making fun on vacation at Maldives, enjoyed own holidays with her family on occasion of the 1st birthday of baby Ahil’s. She enjoying park outing – she also posted the photo on this occasion in an Instagram account, her photo click speaks how to holiday in most flawless and enjoyable. She is the hottest star in our Bollywood.

Cocktail is Bollywood movies in which Deepika Padukone work as an actress, a romantic, comedy drama movie, Releasing worldwide in July 2012.  The performance of Deepika was so beautiful that she was declared as the best performance of her carries, later she awarded by Smita Patil Memorial Award for her breakthrough performance. It was declared as Hit movies. In this movie Deepika wear a Red bikini on the beach where Saif Ali Khan fall in love (As per movie), She looks perfect and hot on Beach in Red Bikini.

Dostana – A movie 1st time in Indian film industries with the gay element and stories were so expended largely that most of the Indian population was ignored, The movie was Box office hit and Priyanka Chopra have a very interesting role in between theses gay.  The famous song Desi girls from this movie make Priyanka Chopra a Desi Girl tag. The shooting took place at Miami (Florida). Priyanka mostly sporting in the Red bikini and sexy swimwear she works in the US to promote the release of her Hollywood film, clips of the actress clad in bikinis have been making the rounds. Priyanka Chopra sported beachwear and looked absolutely smashing.