People love watching sports because it allows them to escape reality. When you watch an intense baseball game, you can guarantee that you don’t have to worry about your job or the bills stacking up in your kitchen. You’ll focus entirely on the game and forget about those things. Nevertheless, some sports events grab the attention of people around the world. Whether you’re a fan of soccer, hockey, MMA, or boxing, you’ll want to watch the biggest sporting events of the year. Thankfully, the month ahead is going to be crammed full of amazing sports competitions.

Which events should you watch in the next few months? 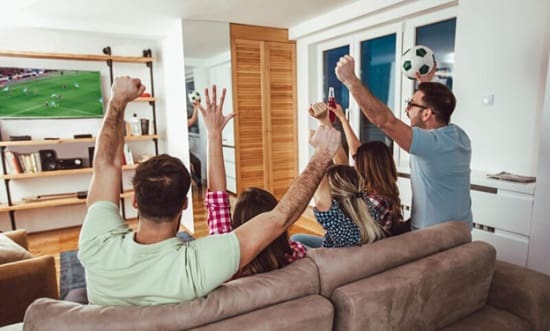 Do you enjoy watching racing? If you do, there is a good chance that you like the NASCAR Xfinity Series. The league has become very popular among racing fans. The good news is that the league will hold its Henry 180 Race soon. The race is named for the Henry Repeating Arms Company. Over the years, the race has been competitive and exciting. Therefore, fans of the sport always look forward to watching it. The first race was held in 2010. The next is coming up next month. The race takes place in Elkhart Lake, Wisconsin.

Since 2010, several factors have won, including Michael McDowell, Paul Menard, Carl Edwards, Kyle Busch, and Austin Cindric. The upcoming race will be held on July 2. Chevrolet vehicles have done exceptionally well during the Henry 180 although Ford and Toyota vehicles won the last two. Regardless, fans of racing cannot ignore this spectacular event.

While the UFC has events around the calendar year, it seems there is one big event every month. Thankfully, fans won’t have to wait long for the upcoming UFC 276 event. It is expected to be one of the best events of the year thanks to two title fights. It is the next big UFC event that people are talking about. The main card will kick off with an exciting bantamweight fight between rising star Sean O’Malley and Pedro Munhoz. While Munhoz has hit a rough patch, he is durable and tough. As for O’Malley, he has one blemish on his record. Sean is a much bigger fighter who will attempt to use his size to his advantage.

Sean Strickland will face Alex Pereira in a middleweight fight. Alex has a lot of eyes on him because he beat the current champion twice. It should be noted that Alex only started MMA in 2015. Although he lost his first fight, he has won five fights in a roll. His fight against Strickland will be his biggest yet. More importantly, he has beaten Israel Adesanya twice. In 2016, he beat him by decision. In 2017, he knocked out the current champion. UFC 276 also features a third fight between Alexander Volkanovski and Max Holloway. While Alexander has won the first two, many argue that Max should’ve received the decision victories.

They will do it once again with the winner taking home the featherweight title. In the main event, Israel Adesanya will fight Jared Cannonier for the middleweight championship. สล็อตแตกง่าย and betting on UFC fights are always fun.

The John Deere Classic is continuing. The golfing tournament is expected to continue until July 3, 2022. While anyone could win, some people expect that Webb Simpson has the best chance. He had a T13 finish at the Travelers Championship. Unfortunately, the golfer missed most of the winter due to an injury. Since the 2020 RBC Heritage, he had gone winless. He is excited to return to golfing and win a competition. However, he is going to have stiff competition from Adam Hadwin, Sahith Theegala, and Denny McCarthy.

Jason Day is another golfer who could win the tournament.

Boxing fans are eagerly awaiting the upcoming fight between Danny Garcia and Jose Benavidez Jr. The fight will take place on July 30, 2022, at the Barclays Center in Brooklyn. An interesting thing about the fight is the fact that Danny will be making his debut at super welterweight. The card also features a heavyweight bout between Adam Kownacki and Ali Eren Demirezen. Both fights should be competitive and fun. Fans should mark their calendars to avoid missing this one.