Just about the worst news a celebrity can get these days is hearing that they are being cancelled. That means no more television appearances, no more movie roles, no more concerts, and perhaps even no more online presence. Even their social media counts often cannot stand up to the collective power of an internet mob hellbent on cancelling them.

The cry to cancel celebrities has rung out over and over again throughout the last few years, as internet citizens try to get celebrities kicked out of Hollywood and make them lose their career due to their faults. We have seen legitimate uses of cancel culture in recent years, as movie produce Harvey Weinstein was cancelled when women he worked with started to come forward with allegations of abuse and rape. Comedian Louis CK was the target of cancel culture recently as well, after some women came forward with stories of his sexually aggressive behavior. 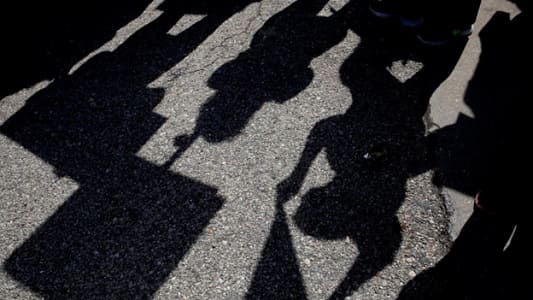 Then there have been less egregious examples of bad behavior that has been punished with attempts at cancelling a celebrity. Just recently, singer Doja Cat brought on the ire of Nicki Minaj’s fans, as she tweeted some angry words at the rapper. Internet citizens started digging through her past to find instances of bad behavior that were egregious enough to cancel her over, but it all amounted to so much wasted effort in the end and reeked of bitter fan culture.

Obviously, some celebrities have acted illegally and mistreated people so badly that they don’t deserve their high paying careers and the limelight that comes with it. Others have been less villainous in their behavior but have been treated just as poorly. Case in point: Will Smith. The actor famously walked up on stage during the most recent Oscars ceremony and slapped Oscar host Chris Rock in the face after he made a joke about Smiths wife Jada. It was the slap heard around the world, and while most people agreed that Smith was out of line, there has been a severe backlash to his actions that has resulted in him being cancelled from some upcoming projects.

Most notably Netflix dropped him from a movie they were working on him with, in accordance with the will of the Internet, it seems. That’s not the only project he has been booted out of in the aftermath of his assault on Rock, and it seems like no one wants to work with him anymore. It wasn’t that long ago that Smith could seemingly do no wrong. He was the highest paid actor in the movie industry for years, and he had a healthy online presence and devoted fanbase. Now, it looks like he cannot find anyone to stand up for him. Despite a quick apology that followed the incident. Smith has yet to recover and is still facing the Internet’s ire.

When actors and musicians get cancelled, they can lose a lot of money. They may have trouble even booking talk show spots, as their very presence can make people upset and triggered. They may hardly get a chance to apologize properly because of it.

They lose out on lucrative deals, including video game appearances, voiceover gigs, guest spots, and appearances on gambling สล็อตเว็บตรงไม่ผ่านเอเย่นต์ as a result. It can be years before anyone wants to work with them on a high profile project anymore, because they become something of a pariah in the industry.

We saw this happen with Mel Gibson years ago, who was perhaps the first high profile instance of internet cancel culture following his verbal, racist assault on a police officer. It was several years before he even appeared in another movie, and his star has definitely gone down since then.

From that moment, the internet realized it had power to get people cancelled and has taken that power to the extreme many times. People are classified as cancelled these days over such little things as saying something mean, supporting a specific political party, going to church, and having a feud with another celebrity.

Anyone could be next to fall into the internet’s crosshairs, which is why so many celebrities are towing the popular line and being very careful about what they say and where it is recorded. It has many people wondering if the cancel culture has perhaps gone too far and where the line needs to be drawn.