In the entire world, there are a lot of rituals that are done before, during, and even after the wedding ceremonies. These wedding rituals vary from one particular culture and tradition to another. Most of these rituals are still done even up to this day.

In this regard, here are the top 10 bizarre wedding rituals around the world that you might find unbelievable:

10. The Kissing Ritual in Sweden

This is a very unique wedding ritual practiced by a lot of Swedish people. Who says wedding ceremonies are only for grooms and brides? Well, not in Sweden of course. It is simply because in this country, the participation of the guests is highly encouraged in order to do the kissing ritual. Right after the ceremony, the groom will disappear and all the single men guests can kiss the bride, and this goes the same with the groom in which all single ladies can kiss him without the presence of the bride.

This wedding ritual in India is also a very unique one. It is only performed if the groom and bride have Manglik Dosh, which is an astrological combination. This is actually an imaginary wedding ceremony of a girl to the pitcher of water. This wedding ritual is done in order to combat the negative factors that may come into the lives of the couple.

8. The Crying Ritual in China

Thirty days prior to the actual wedding ceremony, the crying ritual is normally done by the Tujia people who are living in China. Every single day, the bride needs to cry around one hour. After 10 days of doing that, her mother will join her crying, and ten days again after that, the grandmother will join crying. This process continues until all the female members in the family are crying together with the bride.

7. Spitting on the Bride in Kenya

Another bizarre wedding ritual in the world is the spitting on the bride, which is practiced by the Maasai people in the African country of Kenya. During the wedding ceremony, the head of the bride will be shaven off and then applied with oils and lamb fat. The bride’s father will then spit on his daughter’s breasts and head.

This particular wedding ritual said to be originated in the Medieval Europe. Brides are more vulnerable to evils, and this is the reason why the bride is carried by her groom. This is believed to be one way of taking bad spirits away from the couple’s new house.

5. Beating the Feet of the Groom in South Korea

Right after the wedding ceremony, this wedding ritual is done by the South Korean people. Groom’s friends will remove his shoes and tie his two feet using ropes or sash into a metal or wood stick, and then lift it up. When it is already lift up, groom’s friends will start beating his feet a dried yellow corvina or simply a thinner stick.

4. Blackening the Bride in Scotland

It is actually an old Scottish tradition, and this is just one part of the hazing ritual done by the people in Scotland before the wedding ceremony happens. The main purpose of this bizarre ritual is to ward off those bad spirits that may come along to the bride and to the grooms as well.

Another weird wedding ritual is done in India, and this is marrying animals such as dogs and goats. This is done by those brides to be who are born to have a baby tooth that erupts through the gums, or those girls who were born to have some facial dissimulations. It is because they are believed to be possessed by ghosts, and this is the only way to break the curse.

This is usually done by a lot of people in the world these days such as the Philippines. Even so, this bizarre ritual said to be originated in Poland, and this was firstly done during the 90’s. The female and male guests will pay in order to dance with the groom or the bride. 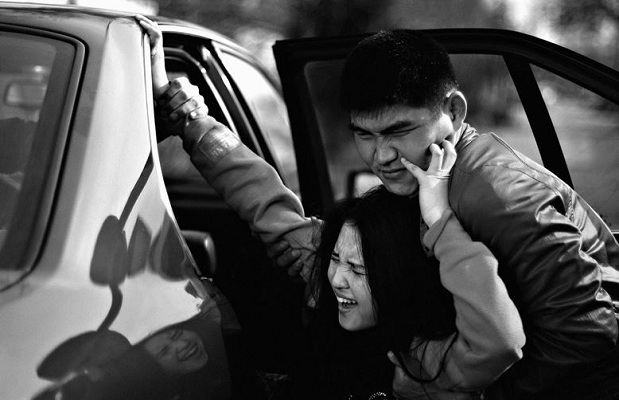 Kyz Ala Kachuu simply means kidnapping the bride. It has been done in the entire world several years in the past and even up to this day in some parts of the globe. The groom will be the one who will kidnap the woman he wants to marry.

These are the top 10 bizarre wedding rituals around the world that may surprise you. Whatever the purposes of these rituals, it is worth doing for sure.