Krystle D’Souza is professionally a television actress. She acted in good number of television serials. She started her career in 2007. She did a number of different roles in these serials. She appeared as guest in some reality shows. She also gave some special appearances. She also did music video. In this article, let us know more about her.

Krystle D’Souza’s net worth is not known. However, she charges INR 55000 per episode. She is leading a comfortable life. These values are collected from various websites and is not confirmed.

Krystle D’Souza made her debut into television with Balaji Telefilms’ Kahe Naa Kahein 2007.  The next television serial was Kya Dill Mein Hai as Tamanna. She later continued her acting in Star Plus as Navneet and Veera in Kasturi and Kis Desh Mein Hai Meraa Dil respectively. She then left the show in 2009. In 2010, Krystle D’Souza appeared in Baat Hamari Pakki Hai  and Aahat. She became popular for the show, Ek Hazaaron Mein Meri Behna Hai for the lead role, Jeevika alongside Karan Tacker. She played the role of Sakshi in Ekk Nayi Pehchaan. She later took a break for 2 years and returned to television in 2016 as Raina Sharma in Brahmarakshas. In 2018, she played the role of Roopa in Belan Wali Bahu. She also appeared as guest in Jhalak Dikhhla Jaa, The Voice India and Bigg Boss 11. She also participated in Box Cricket League. She did theatre performances before entering television. She did a music video I need Ya in 2018.

Krystle D’Souza was born on 1 March 1990. There is rumors her relationship with co-star, Karan Tacker.

Krystle D’Souza received multiple gold awards for her comic role and other role. She was No. 1 in the top 50 Sexiest Asian Women list by Eastern Eye. 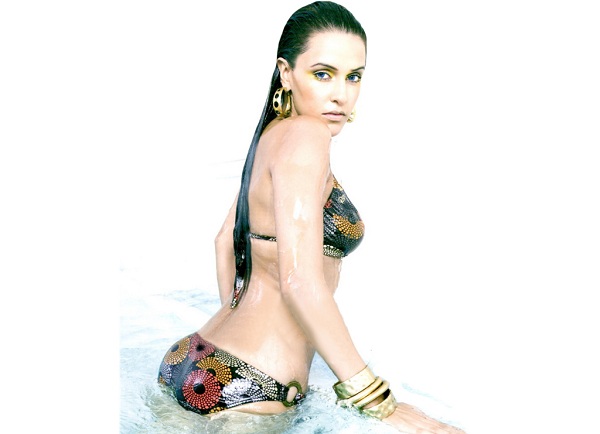