The All India Anna Dravida Munnetra Kazhagham (AIADMK) is an Indian political party with a strong base in Tamil Nadu and Puducherry. The party has some influence in Tamil speaking areas of Bengaluru and Kollar, with some following even found among the Tamil populations of Delhi and Mumbai. AIADMK is currently in power in Tamil Nadu, and after 2014 General Elections, is the third largest party in Lok Sabha.

Here are 10 interesting facts about the AIADMK.

The All India Anna Dravida Munnetra Kazhagham was founded in 1972 by Tamil film star and politician M.G. Ramachandran, popularly known as MGR. The AIADMK defected from the Karunanidhi-led Dravida Munnetra Kazhagham. MGR used his fan base to recruit party cadre in the initial days of the party’s formation. The first electoral victory for AIADMK was from Dindigul in 1973 during parliamentary by-elections. The relations between the DMK and AIADMK have been those of rivalry and mutual contempt. 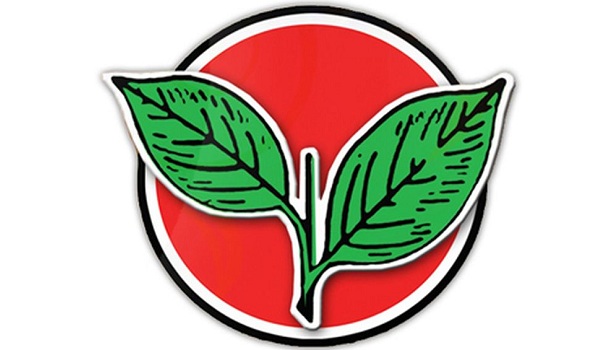 9. Support for the Indian National Congress during Emergency

The AIADMK supported the Indian National Congress during the National Emergency years. After Indira Gandhi Government at the centre promulgated an Ordinance to dismiss the DMK-led Government of Tamil Nadu in 1976, AIADMK registered a landslide victory in the subsequent Assemble elections in the state. MGR, was sworn in as the 7th Chief Minister of the State, and remained in power, winning the three consecutive Assembly elections, till his death in 1987.

MGR-led AIADMK became the first Dravidian political party to join the Union Cabinet, with SatyavaniMuthu and AravindaBalaPajanor joining the Janata Party Government between 1977-79, in the years immediately after Emergency.

The relation between the AIADMK and Indian National Congress worsened on account of the latter joining the Janata Party Cabinet after the Congress was voted out of power post emergency. The Congress allied with the DMK in Tamil Nadu. After returning to power in 1980, Indira Gandhi dismissed opposition governments in many states including Tamil Nadu, and called for fresh elections. The AIADMK registered a thumping victory by winning 129 of the 234 Assembly seats.

6. Succession Crisis and the Rise of J.Jayalalitha

MGR’s death in December 1987, threw AIADMK in a state of chaos that led to succession crisis within the party. Immediately after his death, MGR’s wife Janaki Ramachandran took over as the Chief Minister of Tamil Nadu. This however, did not go down well with the supporters of J.Jayalalitha, a close associate of MGR – and a severe infighting began in the party between the Janaki and Jayalalitha factions. Due to this rift within the party, the AIADMK suffered electoral loss after 12 years, and in 1989 Assembly Elections it was voted out of power, with the DMK-Congress alliance led by Karunanidhi returning to power. This loss led the party to unite under the leadership of J.Jayalalitha, who remained its leader till her death in 2016.

The two most prominent Tamil parties- the DMK and the AIADMK have been mostly sympathetic the idea of Tamil Ealem and the Liberation Tigers of Tamil Ealem (LTTE). MGR gave both monetary and political support to LTTE and its leader – V.Prabhakaran. MGR’s rule in Tamil Nadu in 1980s saw the LTTE establishing a strong base within Tamil Nadu’s coastal towns, forming a virtual government, defying all immigration laws. The police under MGR were to ill-equipped and unwilling to deal with the growing presence of LTTE in Tamil Nadu. After the July 1983 Tamil massacre in Sri Lanka, this trickle of Tamil refugees into Tamil Nadu, turned into a flood, with even young trained guerrillas entering the state to set up a militant base there.

AIADMK’s sympathy for LTTE was, however, short-lived, and the party, led by J.Jayalalitha turned into its bitter critic after the assassination of Rajiv Gandhi. It was Jayalalitha who first demanded a complete ban on LTTE, which was granted by the Centre in 1992. She did not spare even the sympathizers of the LTTE, and during her second term as the Chief Minister of Tamil Nadu, invoked the controversial Prevention of Terrorism Act against the MDMK leader Vaiko. The AIADMK government, led by Jayalalitha also managed to pass a resolution in the Tamil Nadu Assembly for securing extradition of LTTE chief Prabhakaran for plotting the assassination of Rajiv Gandhi. While the AIADMK consistently maintained its anti-LTTE stance, Jayalalitha spoke about sending the army to Sri Lanka to liberate Tamil civilians – thus catching up with the popular mood in the run up to the 2009 Assembly elections in Tamil Nadu. The AIADMK did not condemn the defeat of LTTE and the killing of LTTE leaders, but it sent out a strong message against the death of innocent Tamil civilians. One of the latest resolutions within the Assembly for the cause of Tamil Ealem was the one seeking referendum in Sri Lanka for the formation of a separate Tamil state. The present AIADMK Government also sought pardon for the Rajiv Gandhi assassination convicts.

The AIADMK returned to power in Tamil Nadu in 1991 after allying with Congress, and Jayalalitha was sworn in as the Chief Minister. Many political analysts have put this victory in the context of the rising sympathies following Rajiv Gandhi’s assassination during the earlier Government led by DMK under Karunanidhi. Jayalalitha’s first term as the Chief Minister was marred by accusations of corruption against her, which led to a complete rout of AIADMK in the 1996 Assembly elections with the party managing to bag just 4 seats in the Assembly. The party formed an alliance with the Bharatiya Janata Party-led National Democratic Alliance during the 1998 General elections, and continued to be a part of it till 1999, when it withdrew its support to the Government bringing it down, after which, it was back with the Congress. On the state level, it was able to form a Government in 2001, however, due to Jayalalitha’s involvement in the disproportionate assets case during her first tenure, O.Paneerselvam was sworn in as the Chief Minister.After the Supreme Court rolled back her conviction, she was sworn in as the Chief Minister again. It lost power to DMK in the state, however due to anti-incumbency factor of the DMK Government arising due to allegations of corruption and nepotism against the karunanidhi Government, it was back in the Assembly in 2011.The party is still in power in Tamil Nadu and Puducherry.

The AIADMK under Jayalalitha took many popular decisions like banning lottery tickets, controlling sand mining in the state, banning tobacco sales near school etc. However, the party’s Chief Minister Jayalalitha was also seen by many political analysts are trying to set up a dole culture by rolling out freebies like free units of electricity, loan waivers, 50 percent discount on scooters for working women, the gold schemes etc.

The biggest highlight of the AIADMK under Jayalalitha were the Amma Unuvagams popularly known as ‘Amma Canteens’ providing subsidized food across Tamil Nadu’s urban centres, attracting a diverse crowd- from rickshaw-wallahs to the techies. The Amma Canteens are seen as a masterstroke that help the lower classes cope with the rising food and fuel prices.

Jayalalitha died in Chennai on 5th December 2016 leaving her party in another succession crisis. Her close-aide Sasikala was recently chosen unanimously to lead the party. O.Paneerselvam took over as the new Chief Minister following Jayalalitha’s death.

The AIADMK remains mostly- one personality party. The party founder MGR was a larger than life persona and so was his successor Jayalalitha. Whether it was the party’s populist schemes or Jayalalitha’s charisma that won the party assembly elections in Tamil Nadu, only time will tell.