Panhala Fort, which is also called as Pahalla or Panala is an incredible tourist spot. The combination of hill station and historical fort is worth visiting for people of any age. Panhala fort is located in Panhala city of Kolhapur Dist., Maharashtra. The fort is one of the most popular forts in India. It has a huge history. So many kingdoms have ruled Kolhapur and every one of them have made an impact on the fort. The fort has witnessed rise and fall of many rulers. Even now many things are intact from centuries, making it a perfect historical spot in Maharashtra.

Here are few super interesting facts about Panhala. It is fascinating to know about enthralling facts hidden in the fort. These facts will guide you in order to enhance your adventure. 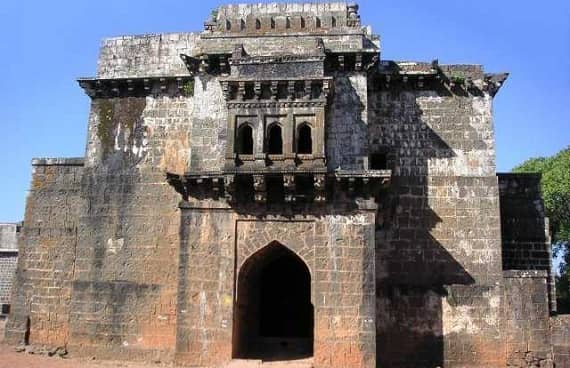 There are many hidden routes to escape from Andhar Bavadi, which is used by the soldiers to escape from the fort to outside. Rajdindi is one among the hidden bastions, which was used by royal families to escape during emergency time from fort.

Andhar Bavadi was built by Adil Shah to avoid poisoning the main water source of the fort by the enemies. It is a three story structure where soldiers can be permanently stationed. The water here as not connected to any other source.

The granaries were built in forts in order to store huge quantities of food grains to survive during the long period sieges by enemies. Panhala fort has three massive granaries Ambekhana, Dharma kothi, Sajja Kothi. Among these a complex in Amberkhana called as Ganga Kothi was the largest one. It had the capacity of storing 25,000 Khandis in those years. It covers an area of 950 Sqm and it is of 10.7 m height.

The fort says its history itself by the monumental features it carried since centuries. There are structures related to various events and important happening of the dynasty. The inscriptions on the walls and doors says how much the culture was valued in ancient times.

There were three huge double walled entrance gates for the fort. Of which only two are intact even now. Teen Darwaza and Wagh Darwaza can even be seen today. Another entrance called Char Darwaza got destroyed during British rule. Each of the entrances are uniquely built with utmost safety. Teen Darwaza has an impressive structure and is present at the entrance of the fort. It has double gate with a court in between.

Wagah Darwaza is another entrance to the fort. It was designed in such a way to mislead the enemies into a small open courtyard and neutralize them easily. All these massive gates have elaborated inscriptions on them of different dynasties.

There are many number of underground tunnels found at the fort. The routes were being used at the time of emergency to safeguard by the attackers. The largest tunnel is of 1 Km long.

The Panhala fort is said to be influenced by Bahamani and Bijapuri architecture. The fort was built using materials like Stone and lead. It has a perimeter of whole 14 Km and of a height 845 M. The massive Panhala fort has 110 lookout posts and high ramparts which are strengthened by bastions.

The walls are massive, thick and sturdy. Walls all along the length are beefed by escarpments and thick vegetation with slope for extra protection from outsiders.

Tarabai Bhosale, who was the queen regent of Kolhapur spent her formative years at Panhala. Tarabai spent her earlier days of childhood in the fort while becoming skilful queen of the Maratha Dynasty.

Panhala fort is built by Shailahara under Bhoja II between 1178 and 1209 CE. Panhala fort is one of their 15 forts. The fort got developed and expanded by many rulers. You can see the inscriptions on the walls and few ancient materials to know the different dynasties who ruled the city. The records say Devgiri Yadavas, Bahamanis of Bidar, Adil Shahi dynasty of Bijapur etc. were the dynasties who ruled at Panhala over years. Bijapur dynasty helped in expansion and safeguarding the fort. Shivaji Maharaj occupied the fort permanently in 1673. After his death the fort wont to the hands of Sambhaji, Aurangzeb, Kashi Ranganath Sarpotdar etc.

1. Location of The Fort

The fort is 18Km away from Kolhapur city of Maharashtra. It is located at the altitude of 2,772 ft. above Mean sea level. The location of Panhala fort is along the stretch of Sahyadri mountains, hence was known as a best trade centre in Maharashtra. Because of the strategical importance the place has Panhala fort got well recognised by many rulers. The fort was also considered as one of the safest in the entire state.

Panhala being a city of fort and a hill station makes its tourists worth at any month of the year. Interesting facts about the fort makes it much more important for a visitor. Tourists can actually feel the life lived by our ancestors, rulers and soldiers in the Fort years and years ago.