Cricket is often referred to as a religion in India because of the passion it inspires in millions of people all over the country. The cricketers have been accorded a god-like status by a huge chunk of Indian society. Cricket continues to dwarf many other sports in India like the country’s national game Hockey. The glamour and fame associated with the sport encourages millions of youngsters in the country to take up Cricket as a profession but the cut throat competition means that very few are able to make it to the national stage. The budding cricketers hoping to represent India on the international stage strive to get admission into any of the country’s best cricket academies.

These are the top 10 best cricket academies in India.

Neerja Modi Cricket Academy is located in Jaipur, Rajasthan and was established in the year 2001 by Vinod Mathur who is a former captain of Rajasthan’s Ranji team and a current member of the BCCI’s Technical Committee. The academy is well equipped with all the modern facilities and an expert coaching staff including Vinod Mathur himself who is the head coach of the academy.

Cricket India Academy is owned by Sports Education Development India Limited. The academy is located in Mumbai and offers an integrated cricket development program consisting of basic cricket coaching for children to high quality coaching sessions as the child gradually grows up. CIA also conducts workshops which enable the students to meet and learn from the experiences of many former international cricketers.

Established in the year 1994 in Mumbai by former Indian Cricket captain Dilip Vengsarkar, the VCA has become a popular academy among cricket enthusiasts. The academy has a good reputation and attracts students from all over the world. The academy boasts of a high standard of coaching and numerous modern facilities. The academy has also its branches in Pune and Mahul. Ajit Agarkar, Ramesh Powar, Yuvraj Singh and many other cricketers have trained in this academy.

This is a famous cricket academy established in the year 1997 at Chennai by the former Indian opener and national selector VB Chandrasekhar. The academy is open for everyone between the ages 6-19 years.  The academy offers both basic and advanced courses in batting, fast bowling, spin bowling and fielding. All the techniques of batting, from basic to advanced, are taught to the students. The students are able to hone their fielding skills through fielding drills and other techniques. Bowling machines and other facilities are all available in the academy.

National Cricket Academy is located in Bangalore at the Chinmaswamy Stadium. The academy is owned by the BCCI, the apex body of cricket in India. The academy was established to train young cricketers with the potential to play for India and provides different practice pitches and bowling machines besides many other facilities. NCA also offers scholarships to three players every year to train at the Australia’s Centre of Excellence in Brisbane. This is called the Border-Gavaskar Scholarship. Sunil Gavaskar, Kapil Dev, Ravi Shastri, Anil Kumble and many others have been associated with the academy.

Jaipur Cricket Academy was established in the year 2010 at the pink city in Rajasthan by Shamsher Singh. The academy provides professional coaching in an excellent atmosphere for all age groups and players with different abilities. The emphasis is on the development of new skills to take on challenging opponents in the future. The coaching sessions are well structured in a professional manner by the head coach Devendra Pal Singh and additional coach Mohammad Habib.

Karnataka Institute of Cricket is the only cricket academy that provides coaching all through the year. Five sessions are conducted each day at the academy along with one-one to-one coaching between morning and evening sessions and after the evening sessions under flood lights. The academy provides many training facilities such as bowling machines, nets, coir matting wickets, audio video sessions, trained physiotherapists, transportation, etc. The academy also organizes matches and undertakes both national and international tours.

Madan Lal Cricket Academy is located in New Delhi as is well known in the country for its world class infrastructure. The academy is equipped with four turf and three cement wickets along with two bowling machines. Video analysis sessions are also the norm in the academy. Madan Lal is the director of the academy. The academy has a total strength of 60 and only a few players are selected after a selection process.

National School of Cricket is located in Dehradun, Uttarakhand. This is a joint venture between Abhimanyu Cricket Academy and Asian School. The infrastructure of the academy matches international standards and the various facilities such as high speed bowling machines, stump cameras, flood lights, automated rollers, grass cutters and others ,coupled with professional coaches make it one of the topmost cricket academies in the country.

Virendra Sehwag, the destructive former Indian opener, is the owner of this academy. The academy provides state-of-the-art facilities for imparting high quality cricket training. Structured training programs are provided for children of various age groups on a daily and weekly basis besides special courses during holidays. Regular matches are also held along with advisory sessions with experts of the game.

These all are the best Cricket academies of the country which helps in polishing talent of the youngsters and helping them to play for country at National level. 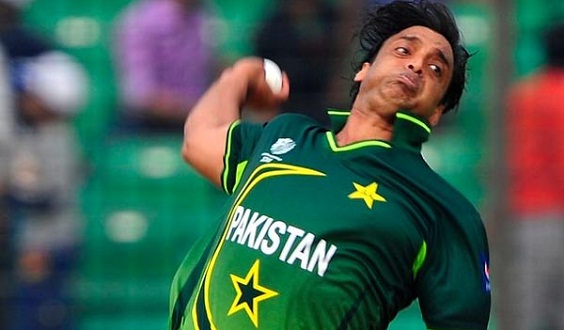