Ashutosh Gupta was a well-known journalist and he later joined the Aam Aadmi Party during the protest against corruption. Since then, he had played a vital role in the part and he is known for his PR skills. 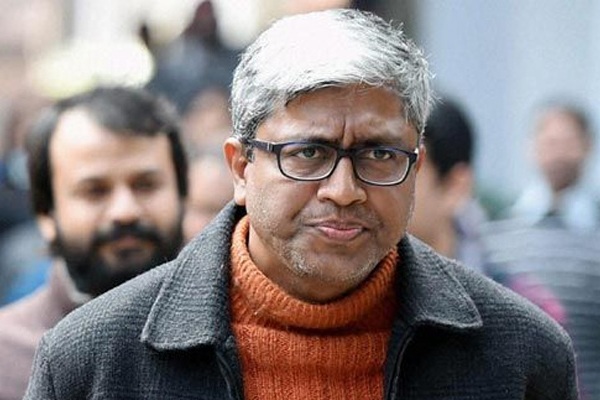 The net worth of Ashutosh Gupta is not known.

The main source of income for Ashutosh Gupta is the salary he receives for being a part of Aam Aadmi Party.

The real name of this politician is Ashutosh Gupta

Ashutosh Gupta has an average height and he is 5 feet and 8 inches tall. In addition to this, he weighs about 78 Kgs.

Talking about the personal background of Ashutosh Gupta, it is known that he was born in Varanasi in Uttar Pradesh. The name of his father is Mr. S N Lal Gupta and his father worked as a tax officer. In addition to this, it is known that he completed his graduation from Allahabad University and he later enrolled in Jawahar Lal Nehru University. From Jawahar Lal Nehru University, he received his degree in M.Phil. and MA. This later formed the base of his career.

There is no information available about his personal life but it is known that Ashutosh Gupta is presently married and he lives with his wife. It is known that he also received a scholarship from the UN in 1997 for his work in journalism.

The first experience of a job that Ashutosh Gupta had was with Hindustan. He joined the periodical with Mrinal Pande and that was the time when he dropped the idea of being a civil servant. Since then he climbed the stairs of success and he joined Aaj Tak. He worked with the channels for almost a decade before resigning the channel. The main reason for his resignation is the better opportunity given to him by IBN 7. This helped him in rising up and making a successful career as a journalist. He was the highlight of the news when he cried on camera while sharing the news of Nirbhaya Gang Rape. In addition to this, he also covered news of Kashmir issues and elections. He was promoted to the position of Managing Director for IBN7. He was also the part of the anti-corruption movement led by Mr. Anna Hazare.

In later stages of his career, Ashutosh joined politics and he gave up journalism for politics. He joined Aam Aadmi Party with Arvind Kejriwal and he also got a chance to contest elections in Delhi in 2014. But owing to the popularity of Harsh Vardhan, Ashutosh lost the elections from the constituency and he is still the part of AAP. It is also known that Ashutosh has written a book and the name of the book is Anna: 13 Days that Awakened India. The name of the second book that he wrote is Mukhote Ka Rajdharm.

The details about Ashutosh Gupta’s cars and properties are not listed on the web.