There are very few facts that we know about our bones. Unless we remove a bone from our body and see it for ourselves, we will never know the unique features of our skeleton. Bones are normally formed with a combination of calcium and collagen. These bones start forming just two weeks after pregnancy begins. However, bones are not strong enough until we reach the age of 20 years or in some cases 30 years. Another amazing fact is that we had more bones when we were born than when we grow up. Here are some amazing facts about our bones.

10. Smallest Bone In The Body

The smallest bone in the human skeleton is the stirrup bone. This is one of the three bones that make up the middle of the ear. It measures only 2 to 3 millimeters in length. It is shaped in the form of a ‘U’. It is one of the innermost bones in the human body and is responsible for receiving sound vibrations and passing them to the cochlea. The cochlea passes it onto the brain to be intercepted.

9. Strongest Bone In The Body

The strongest bone in the human body is the femur. It is the bone that extends from the hip to the knee. The femur can resists forces from 1,800 pounds to 2,500 pounds. The only way of breaking this bone is if it has been hit by a huge force such as in an accident or even a fall from a big height. The femur can take months to heal if broken. 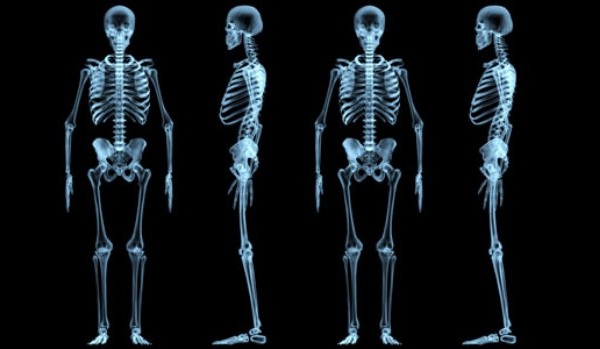 8. Body Part With The Most Bones

7. Most Fragile Bone In The Body

The most fragile bone in the human body is inside the small toe. This bone breaks easily and most often. Almost every human has broken a bone in the smallest toe. Although the healing time is not a lot, it is extremely important to take care of the small toe.

The bone that has been broken more than the small toe is the ankle. Almost every human has sprained or broken their ankle. It can happen anywhere and can be extremely painful while healing because of the pressure on the ankles while walking. Breaking the ankles is usually accompanied by damage of the tendon.

The most common form of bone surgery is Arthroscopic surgery. This is a surgical procedure where the extent of the internal damage is done by using a viewing instrument shaped like a tube that is called an arthroscope. Arthroscopy is extremely helpful with diagnosis and can treat inflammation and breakage effectively.

The most common bone disease is Osteoporosis. This is a condition of low bone mass that causes deterioration of the bone structure. Osteoporosis is caused when bones lose minerals and cause them to lose strength and calcium. This causes fractures easily.

3. Most Common Forms Of Bone Cancer

The most common types of bone cancer are:

The weirdest bone disease is massive osteolysis. It is more commonly called Gorham’s Disease. This disease affects the bone regeneration after a fracture. It causes the re-generating bone to deteriorate and completely disappear. One of the weird things about Gorham’s Disease is that it disappears completely and the bone heals by itself.

1. Most Broken Bones In History

Evel Knievel of the United State of America has the distinction of suffering the most fractures in his life. Evel Knievel, born Robert Craig Knievel, was a long jump enthusiast. He used to attempt impossible jumps on his motorcycle and suffered a total of 433 bone fractures by 1975. In 1976, Evel Knievel got seriously injured when he tried to jump over a tank full of sharks in front of a live television audience at the Chicago Amphitheater. After that injury, Evel Knievel decided to retire from his painful but exciting career.