Nuclear Tests can be very dangerous and hazardous for the human life, and despite the fact a lot of countries still did the tests. The main reasons for the tests were to check their nuclear weapons and the countries that passed the tests were considered strong and nuclear power countries. A country is not allowed to use a nuclear weapon during any war in general. It is used to tell the countries that they are also strong and they can use their powers at any given time, being a nuclear power country. There four different types of nuclear tests, depending on the medium and location and also according to their purpose. There are various purposes for conducting a nuclear test like weapons-related, effect of the weapons, safety experiments and nuclear detection experiments. There are several tests conducted, of which, few remained successful and few unsuccessful.

KohKambaran: The place is located in Baluchistan, Pakistan, and it is one of the largest nuclear tests. It was conducted on May 28, 1998 and was very successful. The test was conducted underground and today May 28 is considered a day of greatness.

The British started conducting the nuclear tests sine the early 1940’s and 1950’s, but the location was never suitable, and hence they conducted two sets of tests in the outback of South Australia and they were very successful, and till date the land had radioactive waves and they have harmed a lot of people. The British government did a lot of cleaning up for years.

The test was conducted under the supervision of the then Prime Minister AtalBihari Vajpayee and under the guidance of Late Dr. APJ Abdul Kalam. The test yielded 8 kilotons and was very effective and marked a day in the history of India. It was a thermonuclear weapon on May 11.

It is one of the most remote places on Earth and is located in Kirtimati Island. The British Government conducted their test on this place and it was very powerful and had very high radiation, which affected the people living around that place.

This is also one of the places where the Chinese People conducted the nuclear test. The test conducted at this place was very strong and powerful and yielded 22 kilotons. Though, the people never released the after effects of the tests and it remained as a secret.

It is one of the most controversial tests, and was conducted by the French. The test has harmed the environment and it also killed one person, and it is dangerous and is radioactive till today.

The Nuclear Test was conducted by the Soviet Union and it is one of the strongest and the largest test in the history. The place was highly radioactive and the natives of the place were never allowed to return to their homes and were shifted to a different place. 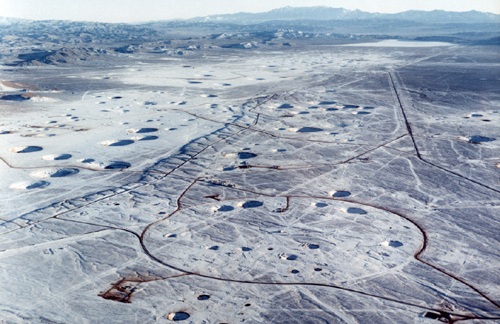 A lot of nuclear tests have been done at this place numbering almost 928. The US government has conducted most of their tests here and also the most powerful tests. The test conducted at this place was the largest and a lot of money has been spending on this site to conduct the tests. The radiation levels of these tests are so high that it is said they even exceed the waves of the Hiroshima and Nagasaki. The test conducted here was very powerful and even the largest.