Sushant Singh is a famous Indian actor who works in Indian Movies as well as Indian TV shows. He is more popularly known as the host of Saavdhaan India as he has hosted 4 seasons of the show. 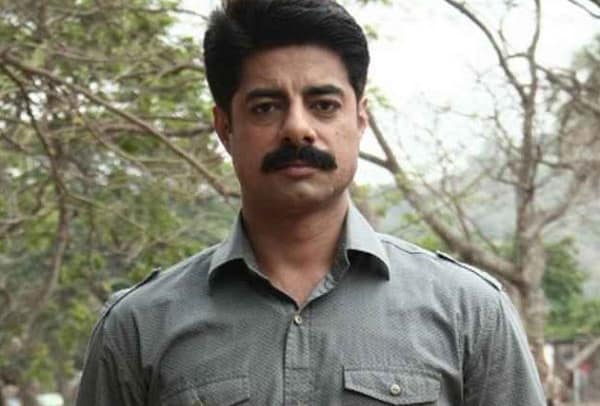 The net worth of Sushant Singh is not known

The real name of this handsome actor is Sushant Singh

Sushant Singh has an average height of 5 feet and 9 inches. In addition to this, he weighs about 78 Kgs.

As per the information available, Sushant Singh was born in Bijnor in Uttar Pradesh and some of his childhood was spent there until his family shifted to Nainital in Uttrakhand. Later, he took admission in GB Pant Inter College Bhowali in Uttarakhand and in later stages of life, he also studied in Birla Vidya Mandir in Delhi. Talking about the higher education, he completed his post-graduation in English Literature from Kirori Mal College in Delhi University. He is presently married to Molina Singh and he has one son and one daughter. The name of his son is Shivaaksh Singh and the name of his daughter is Kuku Singh.

As per the information available, Sushant started his career in Bollywood industry in 1998 and the first movie he worked in was Ram Gopal Varma’s Satya. It is known that in 2000 he worked in movie Jungle and that changed everything for him. He gained a lot of popularity because of Jungle and since then he started getting a lot of shows. Till now, he worked in about 50 movies and some of the famous ones are The Legend of Bhagat Singh, Lakshay, Ram Gopal Varma Ki Aag, Paathshaala, Hate Story 2 and Baby. In 2017, two of his movies were released and the name of those movies are Ittefaq and Lipstick under My Burkha. Both the movies received a lot of positive reviews but Lipstick under My Burkha gained a lot of public attention and it did a huge business on box office.  If we talk about the TV shows that Sushant worked in, the list is restricted to 5 shows. The first TV show he worked in was Dhadkan and he worked in this show from 2001 to 2002. Later in 2002, he started working in Virrudh. In 2010, he got an offer to work in Zindagi Ka Har Rang – Gulaal and 2011 he also worked in Wanted: High Alert.

He is popularly known as the host of Saavdhaan India and he has hosted many seasons of the show. He is hosting the show since 2012 and even today, you can see his shows on TV.

The details about Sushant’s cars and properties are not listed.