Sunidhi Chauhan is one of the most versatile and highest paid female playback singers in the Hindi film industry today. Her silken voice quality and amazing range in singing make her perfect for doing playback for all the contemporary actresses in the industry. 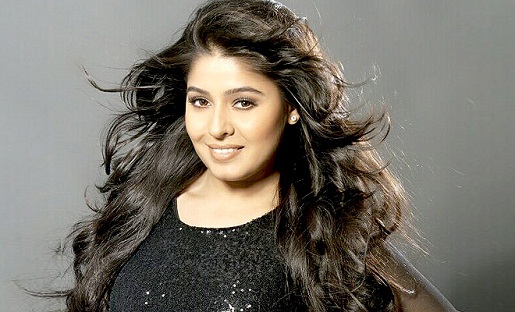 Income Sources: Sunidhi Chauhan gets a whopping Rs 6-7 lakh for each song, which makes her one of the highest paid female singers in Bollywoood. She also performs stage shows and is regularly seen on television too, judging some singing reality shows.

Marital Status: Married to Hitesh Sonik since 2012. Earlier, Sunidhi was married to Bobby Khan but the couple parted ways.

Sunidhi Chauhan was born in New Delhi and her father worked as theater artist. She has a younger sister called Suneha. She did her schooling from Greenway Modern School, but knew right from the beginning that she would make a career in music some day. Sundhi started singing devotional songs in a temple as early as the age of four years and later, started participating in talent shows, which helped her capitalize on her singing skills. Things took a positive turn for her when she was spotted by actress Tabassum during one such show. Tabassum convinced her parents about her abilities and they became ready to send her to Mumbai in pursuit of her goals. Sunidhi also attributes her success to fellow singer, Sonu Nigam. Sunidhi married choreographer Bobby Khan against the wishes of her parents, when she was just 18 years old, but the relationship did not last very long aand they split in 2003. Sunidhi later married her childhood friend and music composerHitesh Sonik in 2013. Besides being a talented singer, Sunidhi has a good fan flowing because of her hot looks.

Sunidhi Chauhan was introduced to Kalyanji Anandji by Tabassum and she joined their troupe as a lead singer. Later in 1996, she participated in a national talent show called “Meri Awaz Suno”, in which she emerged as the winner. This opened the doors of the industry for her and she sang a song for a movie called “Aira Gaira Nathu Khaira” as a child artist. Next, she performed in a movie called “Shastra”, but real recognition came her way in 1999, with a song “Ruki Ruki si Zindagi” in a movie called “Mast”. There was no looking back after that and Sunidhi delivered hit after hit, singing countless songs in Hindi, Marathi, Bhojpuri, Bengali and Punjabi films. Some other popular songs of this singer are “Dhoom Machale”, “Mehboob Mere”, “Deedar De” and “Sajna Ve”. Sunidhi has received numerous awards and honors during her career. One of her greatest achievements of this talented singer is that she has performed at the opening ceremony of 2006 Asian Games. Today, her popularity has transcended boundaries and she is a well known face around the world, performing several international stage shows every year.