Neha Dhupia is a popular Indian actress and model who is best known for her bold roles that she pulled off with ease. The actress started her acting career at a young age in 1994 in a Malyalam movie named Minnaram. She won the Femina Miss India Title in 2002. 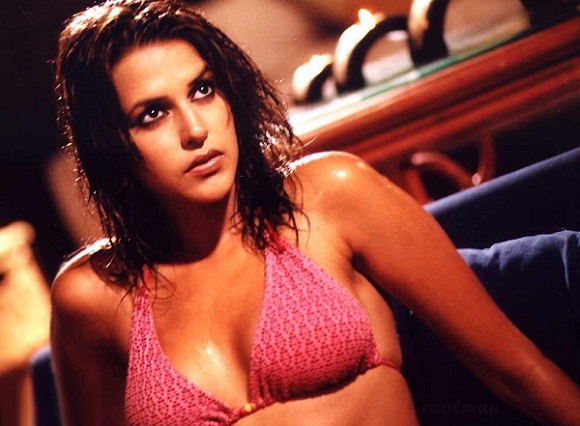 Source of Income: Neha charges around Rs. 40 to 50 lakh per movie. Apart from acting, she has also managed to bag a number of endorsements. Neha was also a model and walked the ramp for a number of leading labels as a model as well as a show stopper. All these factors contributed to her income.

Home: Neha invested her money wisely. She purchased a plush apartment in Mumbai‘s upscale town Bandra. She spent a lot of money in renovating the home that she bought without any furniture.

Neha Dhupia was born on August 27th 1980. She was born in a Punjabi Sikh family in Kochi. He father served in the Indian Navy and her mother is a homemaker. Neha Dhupia went to Naval Public School and was then shifted to Army Public School located in Dhaula Kuan in New Delhi. She completed her graduation from Jesus and Mary College located in New Delhi with Honors in History.

Neha Dhupia started her career with stage acting and later decided to become a model. She acted in music videos and small modeling assignments before making it big in Bollywood. Neha Dhupia made her debut in the Malayalam movie Minnaram. Her debut in Bollywood came in the movie Qayamat. Her big break came in movies such as Kya Kool Hai Hum and Shootout at Lokhandwala. She also played major roles in movies such as Singh is Kinng and Chup Chup Ke. Neha Dhupia also won the Femina Miss India title in 2002 and was a top 10 finalist at the Miss Universe in 2002.

Neha Dhupia first made her appearance in a play named Graffiti. She then appeared in a music video for popular band Euphoria and acted in several advertising campaigns. Neha Dhupia also played important roles in movies such as Mithya, Ek Chalis Ki Last Local, Dus Kahaniyaan and Dasvidaniya. She also played the role of Eva Braun in the movie Dear Friend Hitler which was based on Mahatma Gandhi.