The world is going digital. Internet has brought about a revolution in the world of business and government and the larger society in all. This digital connectivity is accountable for changing the lives of people in the world. The development is so dynamic that it is difficult to even imagine what the next thing would be. In a rather shorter duration of time, internet has taken over the world. With the help of mobile devices, people are now able to access the internet on the go. It was almost 20 years ago when people used telephones and at times, used the area codes to make calls in other cities. But now people don’t need desktops or laptops to access the internet. More and more people are getting Wi-Fi connections and broadband connections.

Globally speaking, internet has made the world a small village. With the click of the mouse, you get the information on your fingertips. Internet is a source of learning and knowledge and thus most of the economies are getting benefitted with it.

Let us find out the top 10 countries which has the most users of internet in the world.

Number 10 on the list is Bangladesh with 73.35 million users of the world. 5% of the Bangladeshi population uses the internet. Internet users are basically defined as people who have the access to internet regardless of the device and connection. As many as 21,000,000 people are using Facebook out of the 73.35 million users,which is a good number considering the population and the education level of this country.

Number 8 on the list of top 10 countries with the maximum internet users of the world, we have Nigeria with almost 91.6 million users. As many as 16,000,000 users from Nigeria are present on Facebook. The number of subscribers have actually doubled as compared to the previous year. Though the country is underdeveloped and the fixed line infrastructure is also not that reliable, even then new competition and new technologies are able to provide access to the internet by wireless mediums.

The country to cross 100 million user mark is Russia which stands at number 7 of the list. As many as 12,000,000 people are subscribed to Facebook out of the 109 million people. With the number of users, Russia contributes to almost 4% of the internet users across the world. Most of the people use desktops instead of mobile devices and YouTube is commonly used in this country.

Japan has over 118 million users out of which 26,000,000 are using Facebook. This number indicates the penetration of Social Media platforms across the country and if you calculate it comes out to be almost 55%. It means more than half the population is using internet and social media. No doubt Japanese have a strong technological background and are advancing in the field of Technology with every passing day.

Indonesia ranks number 5 and has about 133 million internet users till date. Out of which 126,000,000 are the Facebook subscribers which means that people are highly active on social media. This number is dynamic and changes with every passing hour. Also this country is emerging as a great tourist destination, therefore most of the hotels and restaurants provide the free Wi-Fi services to the people. Rest fixed broadband line is also present.

On number 4, we have Brazil with 139 million users. Of which 111,000,000 users are using Facebook. The network provider companies are Net Virtua, OiVelox, Universo Online, TIM Brasil, Algar Telecom and so on. The broadband power line (BPL) provides fixed broadband services. For Fixed wireless services, Wi-Fi, WiMAX and Satellite are there. Government has invested a lot in the National Broadband Plan.

Surprised to see United States lagging behind India and China! Well, the number of internet users are increasing as more and more people are using mobile data for regular communication as well as internet usage. Major mobile service providers in US are AT&T, Verizon Wireless, T-Mobile US, Sprint Corp and MVNOs. 5G is under development and so are other infrastructural developments. As many as 201,000,000 users from US are present on Facebook.

Number 2 on the list of top 10 countries with the maximum number of internet users in the world is India. Leaving United States behind, India has approximately 462 million users of the world of which 241,000,000 are Facebook subscribers till June 2017. The major broadband service providers are BSNL, Bharti Airtel, Vodafone and MTNL etc. India’s economy has surely got a boost through the internet as many people have been able to become entrepreneurs. The reach in the minimum time to the maximum number of people is the advantage that internet gives on any given day. More on that later. 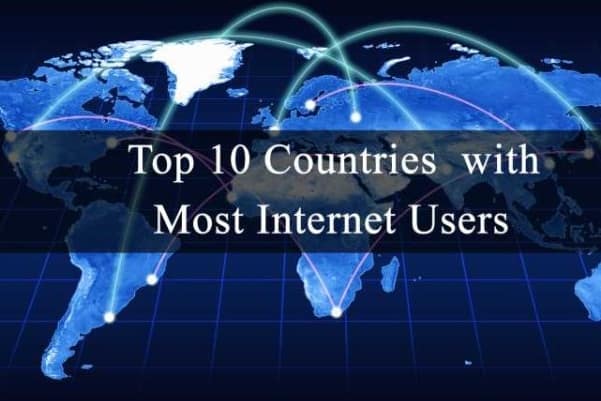 Interestingly, China ranks 1 in the list. The ratio is more than the double of United States which is ranked 3rd on the list. China’s economy is growing really fast and they have made significant development in the domain of technology over the past few years. The largest country of the world in terms of population. Out of the 738.54 million users almost 1,800,000 users subscribed to Facebook till June 2017. China makes the use of internet by putting most of the information on the various websites. Undoubtedly, a strong step towards becoming a brand new super power of the world.

More than 100 million users in 7 countries out of the top 10 is a staggering number. If you do your math, it turns out to be approximately 47% of the global population and we know that internet has made the world a small place to live in. The usage of internet is also widely dependent on the age groups, demography, class and ethnicity. The older adults are seemingly less interested in using the Internet as compared to the younger generation. People with a lower income group may not use the internet as much as a slightly higher class of society, besides race and ethnicity of the person plays a bigger role as in some countries it is prohibited for women to use internet etc. people living in urban areas have more connectivity options to connect the internet than the people living in the suburbs or the countryside. 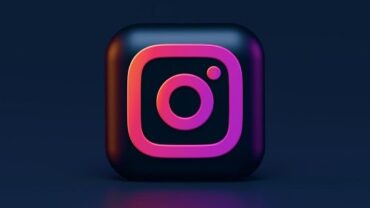