Cyber attacks have been the biggest security threats in the internet world. It is not easy to detect the cybercrime as it takes much time to find the victims. We are almost online, which makes it easy for the hackers to steal our personal information. Cyber attacks are usually happening at particular service, organizations and individuals to steal the private or technical information. The main goal of the hackers is stealing money or some intellectual assets. Hackers hack a website by means of spreading the malicious virus, malware or uncontrollable virus. Also, they will steal personal information of the admin by creating fake websites, unauthorized websites, malicious advertisement and lots more. In some countries, hackers are either working as a group or individually. There are a lot of sources of cyber attacks but it is our duty to save our money & assets with utmost care.  The trend and pattern of cyber attacks are different and is based on the IQ level of hackers and country. But, it is estimated that the severity of cyber attacks will be increasing in the upcoming years. China holds the leading position in the cyber activities. Also, other countries are involved in the cyber crime.

In this article, we will show you the top 10 countries with most hackers.

With over thousands of innovative hackers, Hungary stands at the 10th place on the list of top 10 counties with most hackers. Hungary is a small European country with different hacking networks around. As hacking is very common in European countries, Hungary is not the exceptional one. Hungarians are intelligent and have high IQ level due to which they are creating more and more new electronic gadgets. Also, they are good inventors. Hacking is quite common in Hungary nowadays.

Italy is a small European country which has seen tremendous growth in its technology. It has left a powerful mark on cuisine and western culture. Italy accounts for 1.6% of the world’s cyber-attack making it a 9th country with the most number of hackers. Notably, Donato Farrente Auerima and Luigi Auriemma are the popular Italian Hackers. These hackers are familiar with hacking government websites. They are famous worldwide and have innovative thoughts on cracking the cybercrime companies.

India is one of the most innovative countries with lot of scientist and computer science experts. Indians are highly innovative and specialist in all the fields from engineering to medical to technology. There are a lot of hackers out there, who often hack the government websites in order to spread the social messages in the media. Also, those hackers are working in the military and defense department to get some important and secret information for the well being of the country. Few decades back, an official website of the US white house was hacked by Indian. He was arrested for such criminal activity; however, he was given a responsible post in the United States by the US president just because of his hacking IQ.

Ranking at 7th number in the list of countries with most hackers; Romania accounts for total 3.3% of the world’s cyber activities. There is a secret place in Romania known as Ramnicu Valcea, which is a great platform for all the cyber hackers. They manage an interactive cybercriminal network with a lot of hacking genius. By this way, they can easily hack all the government websites and spread the messages publicly. These hackers don’t care about anything; but they are very sincere in their work.

Brazil comes at 6th position in the list of countries with most hackers. It accounts for 3.3% of the world cyber attack, thus making it the 6th country with most number of hackers. Brazilians are usually hack the banks to steal the money. As Brazilians are mostly online, hackers find it extremely easy to hack those money and property. They would like to steal some personal information by which they can easily address their bank account. Also, they are involved in hacking government websites.

Ranking at 5th number in this list of country with most hackers; Brazil accounts for total 3.7% of world’s cyber traffic attacks. The cybercrime is very common in many cities of Taiwan. Most of the hackers target at hacking some multi-national cyber companies. Apart from that, they used to hack some official government websites. These hackers have high IQ level and are very efficient. The hackers group from Taiwan is great team of intellectual hackers who can even hacks websites of other countries.

With the number of powerful hackers, Russia stands at 4th place in the list of countries with most hackers. Interestingly, they have hacked some tech giants including Facebook, Apple, Google and lots more. Russians always keep an eye on government websites and social media of other countries. Russian hackers are such great and efficient hackers. They are very much stronger than other hackers.

At number 3, we have Turkey on this list. It accounted for 4.3% of the world’s cyber-attack putting the country on the 3rd place. With the increasing technology development, cyber activities are increasing from last decade. The cybercrime and criminal activities are uncontrollable in this country. However, the government has imposed strict rules & regulations to keep track of such cybercrime activities.

The United States comes at 2nd position in the list of countries with most hackers. It contributes to 10% of total cybercrime activities. Americans are everywhere; Americans are thinking differently; working differently. By this way, they used to hack some official websites of other countries without any hassle. In general, they used to hack Russian government websites and steal all the secret information. The hacking group from the US is quite famous throughout the country. 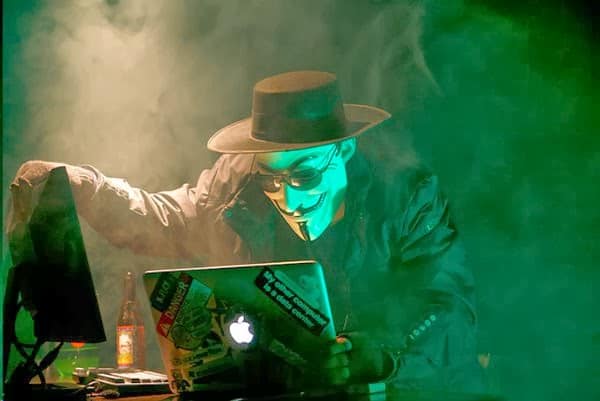 With more than thousands of hackers, China stands at first place on the list of top 10 countries with most hackers. China is the mother of Invention. They have created hundreds of thousands of new electronic gadgets. Chinese are not only an innovative inventor but also great hackers. Ranking at 1st in the list of countries with most cyber hackers; China accounts for total 41% of world’s cyber attacks, thus putting this country in the first place with thousands of dangerous hackers. A recent investigation has revealed that more than thousands of people from hacker network in China are working for China’s military and defense organization.

Such are the top 10 countries on this list. Prevention is better than cure. So, try to protect your website from such cyber attacks positively.