Arshad Warsi is considered one of the most talented personalities in B-Town. Apart from acting, Arshad is known for his choreography and dancing skills as well. Despite not doing the lead roles Arshad still demands huge price, and producers don’t even mind. Especially, he is known for his natural sense of humour and comedy timing. Smile hardly misses Arshad’s face. 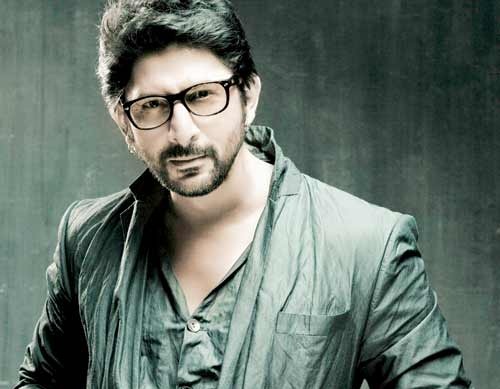 Income Source: Arshad’s prime source of income is through acting. His price is pretty high as a supporting actor, quite equivalent with a lead actor. He has produced a film ‘Hum Tum Aur Ghost’ as well in 2010.

Marital Status: Arshad married Maria Goretti. Both met in a filmy way. Maria was a student of St. Andrew’s College and joined Arshad’s dance studio to learn different forms. Gradually, their relationship grew and both married. Both have a son Zeke Warsi, and a baby Zoe Warsi.

Arshad was born in Mumbai, India. He has done his schooling from Barnes School, Deolali in Nasik. His childhood was pretty pathetic. He lost his parents just at the age of 14 and had to do a lot of hard work at a very pre mature age. He started selling cosmetics for living during initial days. Today all that Arshad has achieved is due to his own effort.

Arshad started his career as a choreographer and learnt dance from Akbar Sami’s dance group. Arshad then worked with Mahesh Bhatt as an assistant director. He has assisted Bhatt for Thikana and Kaashs.

Arshad won the World Dance Championship, London just at the age of 21. He formed his own dance studio ‘Awesome’ with the prize money, and the troop kept on performing at different parts of the globe. Apart from this, Arshad has worked with an English theatre group in Mumbai. He got the opportunity to choreograph the title track of Roop Ki Rani Choron Ka Raja.

His first on-screen appearance was with Amitabh Bachchan produced Tere Mere Sapne. He has acted in a lead role in many movies, but most of these couldn’t really manage to do well. The major breakthrough in his career came through Munna Bhai MBBS with Sanjay Dutt that not only brought accolade for him, but made the movie a smashing hit. Arshad bagged the filmfare for best supporting role through this.

The particular success brought many supporting role offers like Maine Pyaar Kyun Kiya, Golmaal Lage Raho Munna Bhai, and a lot more. The best part is that all these are thoroughly successful and Arshad was always having a crucial part to play in each.

Arshad has played negative characters as well in movies like Zila Ghaziabad. Arshad again proved his talent through Jolly LLB that showered accolades for him and it was a commercial hit as well.

Arshad has recently bought an Audi Q7. He gifted his wife with a Volkswagen Beetle. He has Maruti Esteen, Opel Astra, and Toyota Van as well. He has an exclusive car where he smokes. Children are not allowed in that car. However, his first car was a second hand Maruti 800.