Aapki Nazron Ne Samjha is a newly launched Indian TV show. The show’s genre is drama, and the scheduled release of the show is on 2nd March 2021. The main characters of the show are Vijayendra Kumeria & Richa Rathore. 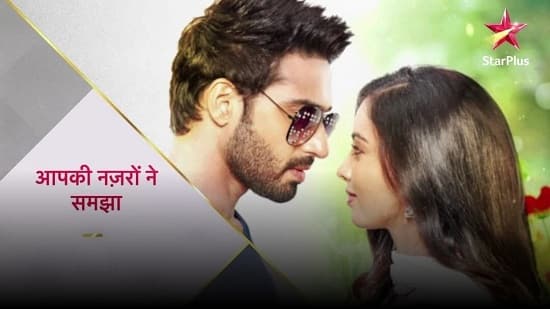 Aapki Nazron Ne Samjha is a love story of two individuals. The couple we are talking about is Darsh Rawal & Nandini. Unfortunately, Darsh is physically disabled, and he doesn’t have a sense of vision. Darsh is very kind-hearted, and he ensures that his disability doesn’t cause any problem to others. Nandini is also a very compassionate lady, and it would be interesting to see if both of them finds solace in each other. Check out the episodes of these newly launched show, and it will be interesting to see the bond of this kind-hearted couple.

The first promo of Aapki Nazron Ne Samjha was released on 8th February 2021. The main episodes are scheduled to release on 2nd March 2021. The expected time of the show is 6:00 PM from Monday to Saturday. The repeat telecast time is not available yet, and we will update this section once we have all the information in hand. Apart from this, the show will also be available on Disney+ Hotstar.

*The show just launched on 2nd March 2021, and the story is evolving. This is the reason why the character name of all the casts is not available yet.