Jagdish Chandra Bose is an archaeologist, physicist, biologist, biophysicist, a botanist and polymath from the Bengal province of British India. He is one of the best Multi-talented personalities that ever lived. He was born at Munshiganj, Bengal Presidency of British India now it is in Bangladesh on the 30th of November 1858. He is also a writer of science fiction. He is also called as one of the fathers of radio science and also he is called as Father of Bengali Science fiction. He was the inventor of crescograph which is used to measure the growth of plants. Here are some of the interesting and unknown facts about him.

Bose was the one who discovered the wireless telegraphy which he demonstrated in the year 1895 in front of the Bengal governor. He sends the signal of electromagnetic waves in the distance of 75 feet through the walls to ring the bell wirelessly. But the sad part of this is he never applied or gets the patent right for this discovery. After a year, An Italian scientist Marconi patents this discovery under his name in 1896 even though he demonstrates it in the year 1897. Most of the people know Marconi as the inventor of electromagnetic waves. 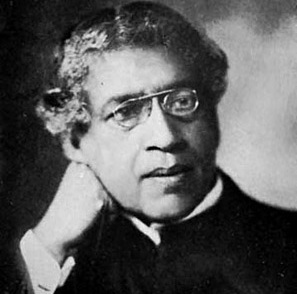 IEEE named him as one of the fathers of wireless communication because he is the real inventor of mercury coherer. We don’t know whether he is unaware of the patent or he is not willing to get the patent right. This wonderful discovery was patented by Marconi. Marconi made just a simple change to put up a two-way radio in Mercury Coherer. He steals the credit of the discovery from Bose by getting the patent right under his name. It is one of the sad parts of Bose’s Discovery

He is from the aristocrat family. Most of the aristocrat family members choose to study in English medium schools, but his father Bhagwan Chandra Bose decided to join him in the vernacular school. The reason behind that his father thinks one should know about their mother tongue language before learning English and he also thinks that this kind of school helps to know about their own people.

He was born at a very High-orthodox family. But he never shows that to anybody. That’s because he realizes that there is no difference between man based on their status, caste or religion. He is very simple to others. He treats everyone with respect and affection.

Bose went to England to complete Indian Civil Examination but his father also a civil servant canceled his plan. His father wanted him to be the scholar who was ruled by nobody but himself. Afterward, he joined at the University of London to pursue his education in Medicine but he quits because of the odor from the dissection room cause him the serious health issues.

He gets the seat in Christ College, Cambridge by the recommendation of his sister’s husband Ananda Mohan Bose. He received Natural Sciences Tripos and also gets BSc from the University of London in 1884. Upon the order of Lord Rippon, he joined as the professor in Calcutta University for physics. During British Time, most of the Indian Professors get the low salary when compared to the British Professors. He gets the salary of Rs200 but his colleagues from British gets Rs300 as salary for a month. He refuses to take that salary and it comes under the college notification, and they give him a permanent job and pay his pending salary.

During British Period, the racism is in the sky-high level. The other professors in the college deny his access to their laboratories to conduct research because of Racism. He was forced to do his experiment at his own place. That place was 24-square foot small room which is not enough for any scientific experiment. But he did his experiment in that room. Due to his college duties, he doesn’t have enough time to spend on the experiment. His discoveries are found in the very short time of the experiments.

Bose is also called as the father of Bengali science fiction. He was one of the very best writers of science fiction at that time. His first book named Niruddesher Kahini is the first Bengali based science fiction book released at that time, which was released in the year 1986. His most famous story named Palatak Tuphan is based on the butterfly effect theory and he narrates how the single drop of hair oil can save the sinking ship in the middle of the deadly storm at the center of the sea. His science fiction stories have so many followers.