Here is the list of large and well-known power plants in India.

The Madras Atomic Power station was built in 1984 and it is one of the largest power plants in India. It used to produce 470-megawatt electricity via two reactors. This plant also contains fuel processing, waste management system for the fast breeder reactors fabrication of plutonium fuel. This is one of the first indigenously constructed power plants of India. There is also a construction of 500 MW power generating reactor is going which is expected to open at the end of March 2017. There is also a future plan is available to build two 600 MW reactors on this planet.

The Narora Atomic Power Station also has the capacity of producing 440 MW electricity to India. It was located in the Bulandshahar district in Uttar Pradesh. It has two units. The first unit starts its commercial operation on 1st January 1991 and the second unit starts its operation on 1st July 1992. These two reactors have the capacity of producing 220 MW electricity per unit. It was maintained by Nuclear Power Corporation of India Limited.

The Kakrapur power Station was located in the city of Vyra in the Gujarat State of India. It also consists of two heavy water pressurized reactor. This atomic power station uses heavy water as the moderator for the reactor. This is one of the best heavy water using reactor in India. The two reactors have the capacity to produce 440 MW electricity. The first reactor began its operation in 6th of May 1993 of having the capacity of 220 Mw and the second unit began its operation on 1st of September 1995. This power station is extended to produce additional 1400 MW via another two reactors, which were yet to begin its operation.

Kaiga Nuclear power Plant is operated by Nuclear Power Corporation of India. It was located near the river Kali in Uttar Kannada district of Karnataka state. This unit has 4 units of the nuclear reactor. Each of them has the capacity to generate 220 MW. The fourth unit began its operation in 2010 and it is joined with other three reactors to generate 880 MW electricity which supplies to southern states like Kerala, Karnataka, Tamil Nadu, Andhra Pradesh, and Pondicherry. The main fuel for this station is indigenous uranium.

The Rajasthan atomic power station was built with the help of Canada. This plant reactor was built as the plan from Canadian based nuclear reactor Douglas. Rajasthan reactor was started its construction in 1963 with the plan of building two nuclear reactors with the capacity of 220 MW each. It is further extended to produce 1180 MW electricity by planting two more 220 MW reactors and one 100 MW reactor and another one 200 MW reactor. The combined production of electricity from this station is 1180 MW. Construction of another two reactors is going on to produce 700 MW electricity from each reactor.

The Tarapur Atomic Power Station was located in the City of Tarapur of Maharastra state. It is the old atomic power station in India, which currently still operational. It was built by the 123 agreement between India, The United States Of America and International Atomic Energy Agency. First two units are proposed to be built to produce 210 MW of electricity, but it was reduced to 160 MW due to some technical failures. It starts its operation in the year 1969. Two more reactors constructed to give 540 MW for each was built by L&T and gammon India, which began its operation in 2005 and 2006 respectively. Currently, this station producing around 1,400 MW electricity.

This power station was built recently and began its operation in 2013. This was built with the help of Russia. It was located in the village of Kudankulam in Tirunelveli district of Tamil Nadu state. Currently, this is the largest power plant in India. It’s also having the capacity to produce 2000 MW electricity from two reactors. Another two reactors opening ceremony was held on 17th February of 2016 and it starts its operation in April 2016. Totally, 4000 MW of electricity is produced in this power plant.These are nuclear power station that is currently running in India. Some of the power plants are proposed to be constructed and the construction of those are going.

The agreement to build this nuclear reactor was made on December 6, 2010, to build European pressurized reactors having the capacity of producing 9900 MW of electricity. An agreement was signed in front of French President Nicholas Sarkozy and Indian Prime Minister, Mr.Manmohan Singh to supply reactor fuel for 25 years. If constructed it will become the largest nuclear power generating station in the world.

It is also one of the proposed projects that under construction to produce 9564 MW electricity in India. It faces huge opposition from the local peoples. The proposed project was located on Anaga Village in Gujarat State.

Kovvada also has the power to generate 9564 MW electricity if it was built. The proposed plan was yet to begin. The construction of this station is expected to start in 2018 and coming into operation before 2024. The proposed project was located in Andhra Pradesh. 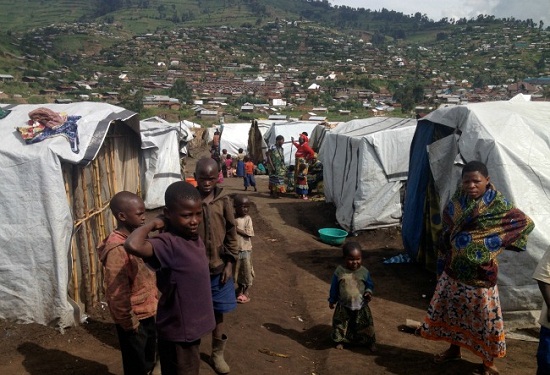