India is a country full of surprises, where you are likely to find something bizarre and over the top in various parts of the country as well as its customs and traditions. It never ceases to amaze its own citizens, leave alone people from other countries.

Here are 25 interesting facts about India you probably don’t know: 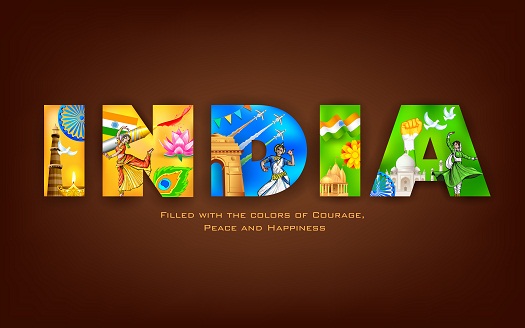 #1. India is home to the wettest place on the earth and it is a small village called Mawsynram, which lies nestled in the Khasi Hills of Meghalaya.

#3. After the US, India is the second largest English speaking country in the world, with 125 people speaking this language.

#4. The highest cricket ground in the world lies in the Chali village of Himachal Pradesh, at the height of 2444 m above sea level. A part of Chali Military School, the ground dates back to 1893.

#5. The famous Kumbh Mela is held here at a gap of 12 years is the largest religious gathering in the world, getting more than 75 million people together. Amazingly, it is even visible from the space.

#6. It was the ISRO Chandrayan I mission which made the discovery of water on the moon.

#7. The first rocket made by ISRO was transported to the Thumba Launching Station by bicycle because it was very small and lightweight.

#8. One of the wonders of the country is the Bandra Worli Sealink in Mumbai, which has been made with as much steel wire which would cover the circumference of the earth and weighs equal to the weight of 50000 African elephants.

#9. India is the unbeaten champion in World Cup Kabaddi as all the World Cups till date, for men and women have been lifted by the country.

#10. The origin of the technique of shampooing lies in India, and it is also defined by a Sanskrit term “Champi”, which means massage.

#11. India is the country with the largest vegetarian population, with 20-40% of people practicing vegetarianism.

#12. Switzerland has dedicated its Science Day to the former Indian President APJ Abdul Kalam and celebrates it on 26th May every year, the day he visited the country during his presidential tenure.

#13. The country is the world leader in production of milk.

#14. The country has a rejuvenation centre for elephants called Punnathoor Cotta Elephant Yard in Kerala, where they are offered massage and bathing services.

#16. It also happened to be the first nation to produce and consume sugar and popularize it in the rest of the world.

#18. India is the home of the mathematical genius Shakuntala Devi, who was as fast as a calculator in making complex mathematical calculations.

#19. India also holds the first position in mining of diamonds too and this was done in the delta of River Krishna.

#20. The ace hockey player, Dhyan Chand was offered the citizenship of Germany but he refused it.

#21. India is the land of origination of the famous game of Snakes and Ladders.

#23. According to the famous Indian astronaut, India looked like Saare Jahan Se Acchha from the outer space too.

#24. The country is the largest producer of mangoes and also the largest consumer of this delicious fruit.

#25. The first Indian brand to be named after its founder is Havell’s, which gets its name from Haveli Ram Gupta.

#26. The postal system of the country is the largest in the world, with as many as 155015 post offices spread over its every nook and corner. It even has a floating post office located over the Dal Lake in Srinagar, Kashmir.

Surely, you might not have known some of these facts about India before!