Mumbai, or what was once known as Bombay, is the epicenter of India’s major cities. It serves as the country’s center of commerce, industry, technology, and entertainment. More people perhaps live in Mumbai more than any other major metropolitan city in India.

This presents Mumbai with a variety of challenges. Traffic jams, housing, pollution, and general efficiency in society is an everyday reality that people in Mumbai need to face. This is why an efficient transport system needs to be put in place to ensure that locals, tourists, and expats get to their primary destinations on time and at considerable speed.

This article presents ten very interesting and fun facts about the Mumbai Metro system. If you happen to live or work in Mumbai, how many of these do you already know? 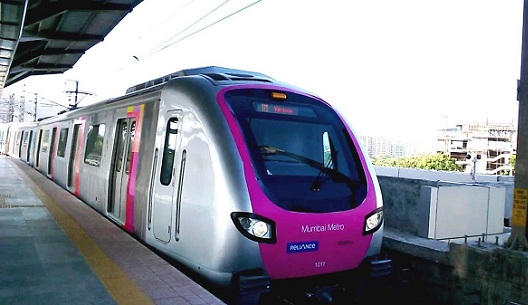 The Mumbai metro was the city’s solution to ease traffic congestion in the city – which has a population of well over 20 million. It also aims to decongest the overcrowded Mumbai Suburban Railway Network. No less than former Indian Prime Minister Manmohan Singh laid the foundation stone of the metro system in February 2008. A much-publicized and successful test run was conducted in June 2013, and Line 1 went in full operation after one year.

9. When completed, the Mumbai Metro will have 9 lines

Since the project is being completed in phases, when finished, the Mumbai rapid-transit metro system will have 9 lines that will integrate the city’s major areas and much of its suburbs. Currently, Line 2 has the longest length of 38 kilometers while Line 9 will have the shortest span of less than 4 kilometers. Currently, the entire project is expected to be complete by 2021.

8. The entire project costs around 10 Billion US Dollars

The Mumbai metro system, when finally completed, will have a construction cost of around 68 Billion Rupees or 10 Billion US Dollars. With a total railway line that stretches some 161 kilometers, the Mumbai Metro system is being patterned after the London metro system.

7. The train cars being used were manufactured and engineered by the Chinese

Bidders for the trains to be used in the metro system were numerous and came from all over the world. However, the final contract went to the Chinese to the tune of 6 Billion Indian Rupees. The train cars were made in Nanjing, Jiangsu, China and arrived in Mumbai in early 2013. The trains are able to carry 1,100 passengers in a four-car unit. The train measures 10 feet wide.

Unlike a great majority of metro systems all over the world which runs on direct current, the Mumbai metro runs on alternating current. This was the logical choice as alternating current proves to be more cost-efficient and even more environment-friendly. This decision was made after a team of experts overwhelmingly concluded that the metro system would best function using the AC system in the long run.

5. The Mumbai Metro will have one of the highest number of riderships in the world

Once completed, the Mumbai metro is expected to have a daily ridership of around 1.5 million people – perhaps the highest in South Asia and one of the highest riderships all over the world – following closely to the Shanghai and Beijing metro systems in China that also have very high ridership numbers.

4. The signalling and communications system of the Mumbai Metro will largely be imported

Popular global brand Siemens will provide the signaling system of the Mumbai Metro while another global brand – Thales group – shall supply the metro’s communications system.

3. The proposed Line 3 of the Mumbai Metro will be the most expensive

Due to its sheer length, the planned Line 3 of the Mumbai Metro will be the costliest among the 9 lines. Stretching to some 34 kilometers from point to point, Line 3 will cost 25 Billion Indian Rupees from start to finish.

2. The Mumbai Metro is expected to make the city more prosperous

Any major city needs to have effective transportation. This is why the Mumbai Metro aims at attracting more investors, tourists, and expats to visit and invest in Mumbai – as infrastructures like Metro systems are very important to make a city achieve a healthy business climate.

1. It will be the most modern Metro system in India

Once completed, the Mumbai Metro will be the most state-of-the-art and costliest metro system in the entire India and South Asia.