The Bhojpuri film industry is known to be the platform for some highly talented actors and actresses, who are not only recognized names in their own industry but have fan following across the rest of the country too. Many of the Bhojpuri stars have been able to make it big on the national television as well as the Hindi film industry too. The fact is that Bhojpuri cinema is all about and only about entertainment, which gives these actors the opportunity to get the best out of them.

One of the most well known and sought after actresses in the Bhojpuri film industry is Pawan Singh. He comes from a place called Jokhari in Bihar and is also famed as a singer and film producer. 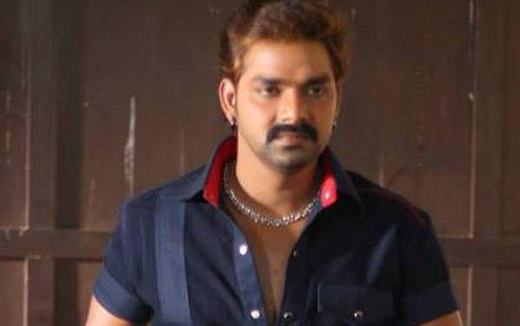 Here is a list of top 10 best movies of Pawan Singh in Bhojpuri:

2013 brought good luck for Pawan Singh as he was appreciated for several of his performances in this year, out of which “Ziddi Aashiq” is the one which made its mark for him. He starred opposite hot diva Monalisa in the movie.

The next name on the list of top 10 best movies of Pawan Singh in Bhojpuri is that of “Truck Driver”, which released in 2011. Anjana Singh played the female lead opposite Pawan Singh in this acclaimed film.

“Baazigar” is one of the latest releases of Pawan Singh and one of the most liked too. It came to the cinemas in 2015 and has Ravi Kishan and Subhi Sharma in its star cast.

“Yodha” was the 2014 release of the actor, in which he shared the silver screen with biggies like Ravi Kishan and Madhu Sharma, but proved that he is no less as far as talent is concerned.

“Devar Bada Satavela” is another film of the actor which fetched him great accolades. The 2010 release had him team up with well known actors like Ravi Kishan, Monalisa and Rani Chatterjee.

Next on the list is a 2011 film called “Insaaf” in which Pawan Singh got a chance to act with the top actor, Manoj Tiwari. The female lead was played by Urvashi Chaudhary.

Pawan Singh made his debut in the Bhojpuri industry in 2007, with a film called “Rangli Chunariya Tohre Naam”, in which he proved his acting prowess. He was paired opposite Sonali Joshi in the movie.

“Draar” is another one amongst the well appreciated performances of the actor. The film was released in 2009 and had Monalisa play the female lead.

Featuring next on the list of top 10 best movies of Pawan Singh is the 2012 release called “Bajrang”, in which he co starred with Pakhi Hegde in the lead role. The film not only did well on the box office but also fetched him huge accolades.

One of the best performances in the career of Pawan Singh was “Pratigya”, one of his earlier releases which came in 2008. He shared the screen space with Dinesh Lal Yadav and Pakhi Hegde in the movie.

All these films have been a big contribution by Pawan Singh to the industry and will always be remembered as some of his best.