Buddhism is a kind of religion that basically showcases the teachings of Buddha himself, Gautama Buddha. Gautama Buddha is also famously called Siddharta Gautama. The truth is, Buddhism involves a lot of spiritual practices, beliefs, and traditions. It is very common in a number of Asian countries such as Thailand and India.

On that note, here are 10 interesting facts about Buddhism that you should know: 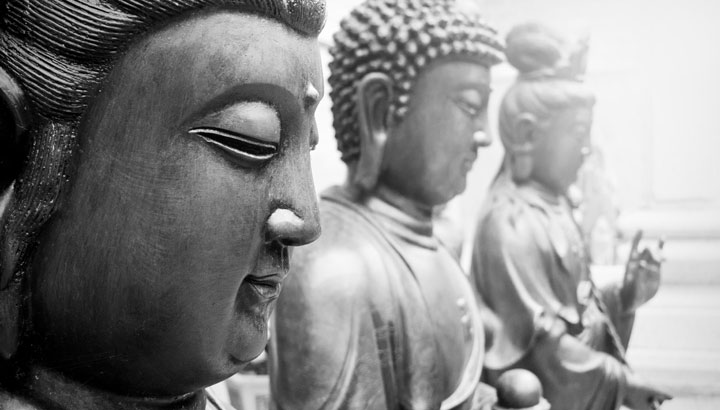 10. Buddhism does not teach not to believe in God

In fact, there are a lot of people who are into Buddhism that believe in the existence of God. Even so, there are also those who do not believe on His existence. Demigods are even believed by some such as Hindus. The main point is, it doesn’t matter if you believe in God or not, as long as you are practicing the important teachings of Hinduism.

9. Becoming a vegetarian is actually not part of Buddhism

Many people have this conception that becoming a Buddhist will require you to be a vegetarian. However, there are a lot of Buddhism schools that require their students to be vegetarians. Buddhist can always eat meat if they want to. It is already their personal choice.

8. According to Buddhism, the world is just a temporary one

This is a philosophy of Buddhism that is instilled in the minds of Buddhist people. Some wrongly think that Buddhism emphasizes that everybody has this destiny to suffer. It is actually not what Buddhism trying to imply. What it says is that suffering is just a temporary thing and so with the world.

7. Buddhism and Hinduism are related

Siddharta Gautama or Buddha was born as a Hindu, and he was a prince. He was born during the time when Hinduism was the primary religion of the people. Nevertheless, Siddharta Gautama was not satisfied about the explanation of Hinduism about the absolute truth. This was the reason why he tried to find the answers that can satisfy him, and these happened to be his guiding principles of spreading Buddhism.

6. Karma is being taught in Buddhism

According to Buddhism, Karma happened to be a universal law. This law simply means that “cause and effect”, or you get the consequences of your actions. Heaven can only be reached when the minds of the people are already free from the Karmic cycle.

5. Buddhism is considered to be the 4th largest religion the world has to offer in terms of members

Yes, this religion is not only practiced by the people in the mountainous regions of India, but also in some other parts of the world like Western countries. Today, the estimated number of individuals in the world who are practicing Buddhism is more than 360 million.

4. Buddha is not the God of Buddhism

3. Buddhism doesn’t confirm that reincarnation is an absolute truth

Instead, this is just a Buddhist doctrine, which says every living thing that dies will reincarnate into something in this world. This is just a partial truth, and not an absolute truth.

2. Buddhism does not disagree with science

It greatly commends science, actually. As a matter of fact, there are recent studies that show the relevance of Quantum Physics and Buddhist Literature.

1. Non-attachment is not required in Buddhism

This is exactly the opposite of what many people are thinking about Buddhism. Yes, there are lots of monks and Buddhist people that prefer not to have any relationship, but this does not mean that they are not allowed to have it.

These are the 10 interesting facts about Buddhism that you should know. For sure, some of these facts have surprised you.