UNESCO, which simply stands for United Nations Educational, Scientific and Cultural Organization is the United Nation’s specialized agency. This agency is the one responsible for the promotion of international collaboration by way of scientific, cultural, and educational reforms to be able to increase the respect for human rights, justice and many others. This organization is also being tasked of discovering breathtaking, historic sites and declaring them as the world’s heritage sites. In relation to this, here are the top 20 world’s heritage sites you must see:

20. The Great Wall of China, China 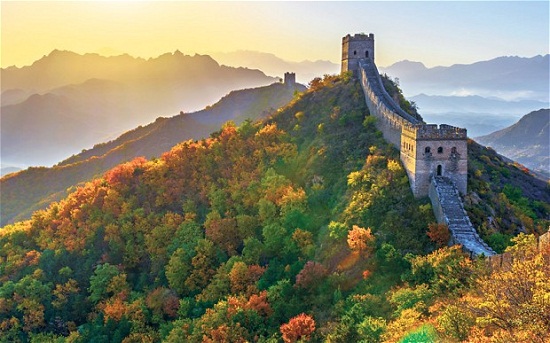 The Great Wall of China is one of the most famous and most visited sites in the beautiful country of China. It was way back in the 7th century BC when the first walls of this breathtaking structure were built. The main purpose of building this wall was to give strong protection to the Chinese empires and estates from the Eurasian Steppe’s nomadic groups. It was mainly constructed from various materials such as wood, tamped earth, brick, and stone. This wall was opened to public way back on 206 BC. 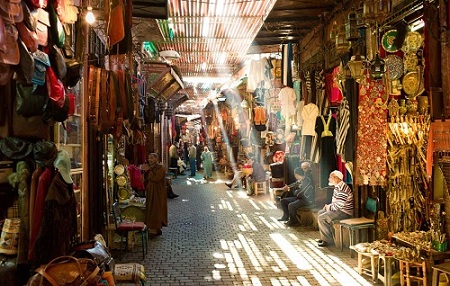 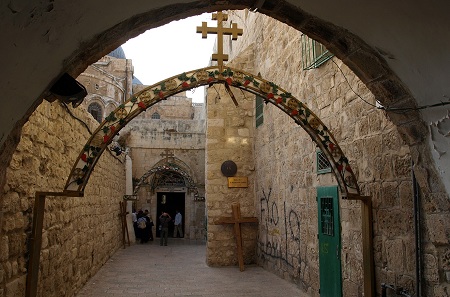 The Old City of Jerusalem was declared as the world’s heritage site way back in the year 1981. The site has a measurement of around 220 acres or 1 square kilometer. This place is very sacred to Moslems, Christians, and Jews. What you can expect from historic city are colorful markets, narrow alleyways, and towering walls that were built a hundred years ago. 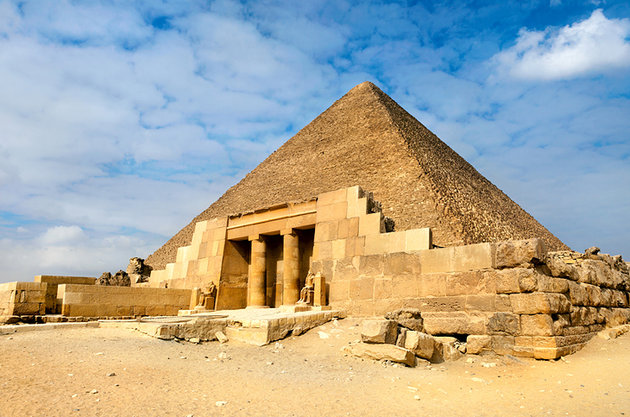 The Pyramid of Giza is one of the tourist sites that can be found in the historic country of Egypt. It was also one of those extremely breathtaking sites that are declared by UNESCO as world’s heritage sites. In fact, it is included in the list of 7 wonders of the world, and it is one of the oldest ones. The construction of this historic structure can be dated back on 2560 BC. It was opened to public way back on 2540 BC.

The Statue of Liberty can be seen when you go to the Big Apple or the New York City. This is actually a very huge neoclassical structure located in the Liberty Island in the New York City. It was in September 1875 when the construction of this world heritage site started. The engineer of this structure was none other than Maurice Koechlin, and the architects were Eugène Viollet-le-Duc, Richard Morris Hunt, Gustave Eiffel, and Frédéric Auguste Bartholdi.

This world heritage site was declared by UNESCO way back in the year 1982. It can be found in the beautiful nation of Cuba. This site showcases the original state and structure of the city of Havana. The very unique architectures that can be found in this place are simply some of the reasons why this site has been visited by thousands of tourists from all over the world.

When it comes to extremely exciting activities such as hiking, snowboarding, skiing, canoeing, and kayaking, then the Canadian Rocky Mountain Parks can be the perfect place to visit. It was in the year 1984 when the UNESCO declared it as the world’s heritage site. The Canadian Rocky Mountain Parks actually consist of 4 national parks namely the Yoho, Kootenay, Jasper, and the Banff.

The Carioca Landscape is a very amazing site located in the beautiful city of Rio de Janeiro in the progressive country of Brazil. What you can expect to see here are the Tijuca National Park, which is located on a very high point, the Corcovado Mountain, where you can be able to witness the huge statue of Jesus Christ, the Botanical Gardens and a lot more. It was in the year 2012 when UNESCO declared it as the world’s heritage site.

Hoi An is actually a very old city located in the Quang Nam Province of the magnificent country of Vietnam. What is extremely amazing about this city is that it is bombarded with a number of beautiful architectures that showcase several eras and styles in the past. Wooden Chinese temples and shophouses, Japanese Covered Bridge, Vietnamese tube houses, French colonial buildings, name it and the city of Hoi An surely has it.

The Forbidden City showcases the ancient Chinese architecture through the Chinese imperial palace. Such palace was greatly used during the year 1420 up to the year 1912. It was during the existence of the empires of Ming Dynasty and the Qing Dynasty. Such world heritage site can be located in the capital city of China, which is Beijing. It was in the year 1987 when UNESCO declared it as the world’s heritage site.

Iguazu Falls are made up of several waterfalls located in the Iguazu River. This world heritage site is exactly located in the borderline of the Misiones Province in Argentina and in the Parana, which is a Brazilian state. It is considered to be the biggest waterfalls systems that can ever be found in the world. The height of the waterfalls is 82 meters. 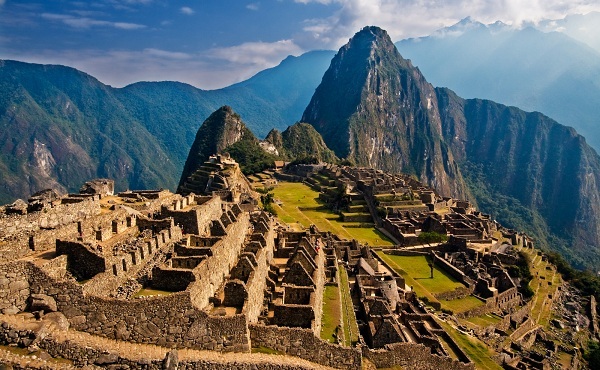 The Machu Picchu is actually an Incan citadel that can be found in the highest peak of Andes Mountains in the magnificent country of Peru. It is nestling just up the valley of the Urubamba River. Sophisticated dry-stone walls, uniquely structured buildings, and panoramic views of the surroundings are the amazing things that can be expected in this site. Currently, Machu Picchu is managed by the Government of Peru. It was declared by the UNESCO way back in the year 1983.

St. Petersburg is considered to be the most beautiful city that can ever be found in the wealthy country of Russia. This site is also a very historic city since this is the capital city of Russia during the times of imperial Russia. The city was founded way back on May 27, 1703 through the great effort of Peter the Great.

When you take a tour in the beautiful nation of Czech Republic, your visit can never be completed without seeing the breathtaking Cesky Krumlov. The Cesky Krumlov is actually a very historic city that can be located in the South Bohemia region of the country. Such city is well-known for beautiful century old castles such as the Cesky Krumlov Castle, Klet, and the Egon Schiele Art Centrum.

Angkor Wat is an ancient temple that can be found in the city of Angkor in the Siem Reap Province of the beautiful country of Cambodia. This is considered to be the biggest religious monument that can ever be found in the entire world. The entire site exactly measures 162.6 hectares. It was originally a Buddhist temple. However, it is currently utilized as a worship place for Hindu people.

In the southwestern desert of the beautiful nation of Jordan, a world renowned archaeological site known as Petra can be found. It used to be the Nabatean Kingdom’s capital way back in 300 BC. It is branded as the “lost city” that is constantly visited by thousands of tourists when they take a vacation in the Middle East. What is even more interesting about the city is the fact that it is half built and half carved. Yes, half of it is carved in the huge rocks that are standing in the city.

The Easter Island has been the favorite place to visit by thousands of archeologists and historians from all over the world. This site is a volcanic island in the Polynesia, which is a territory in the beautiful country of Chile. This is a very remote place that is declared by the UNESCO as the world’s heritage site. What you can expect from here are 900 monumental statues known as moai and some other archaeological sites. 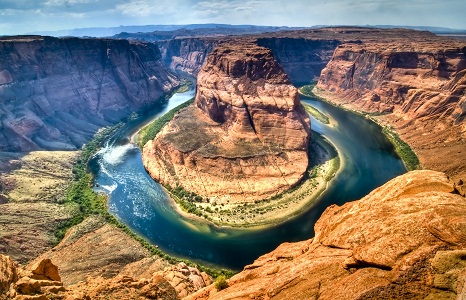 The Grand Canyon is a natural formation of gigantic red rocks. Its red color is simply breathtaking to look at, not to mention the fact that the sizes of the rocks are too big than the normal. In terms of length, the Grand Canyon exactly measures 277 miles. This extremely breathtaking world’s heritage site can be found in the US state of Arizona. 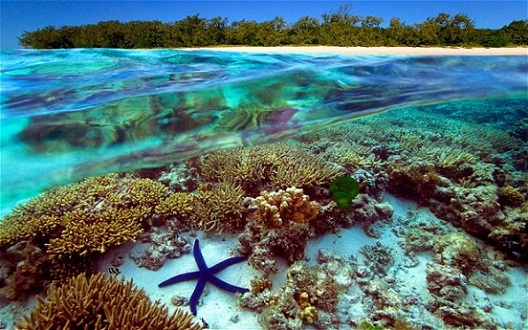 The Great Barrier Reef is a very beautiful formation of marine wildlife that can be found in the beautiful deep ocean of the Australian state of Queensland. Just in case you do not know, this is considered to be the biggest living thing that can ever be found on earth these days. Believe it or not, this extremely beautiful attraction can even be visible even you are in the outer space.

The Taj Mahal is a breathtaking mausoleum that can be located in the beautiful city of Agra, in the historic and beautiful nation of India. This historic structure was built in the middle of 17th century. What is very interesting about the appearance of this structure is its ivory-white marble color. It was opened for the public way back in the year 1648.

These are the top 20 world’s heritage sites you must see. Seeing them in person will certainly make you feel like you are in the most beautiful place in the world. 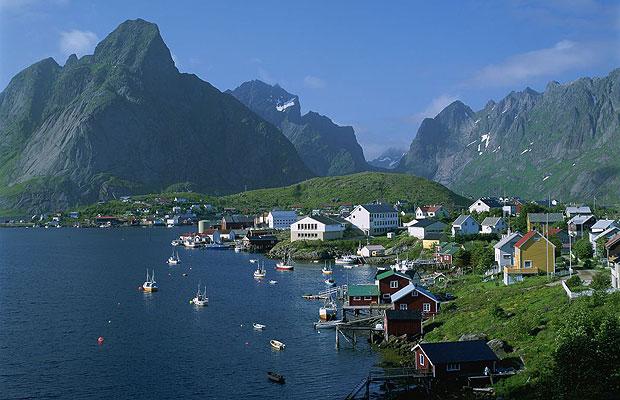