The railway is the backbone of the Indian economy, with a large chunk of the population being dependent on this mode of transport for both, passenger, as well as goods, travel all over the country. Indian Railways has an extensive network spanning the whole country geographically, in addition to an incredibly large number of trains serving the population of the country. Some of these trains travel at tremendous speeds to facilitate speedy and efficient travel for passengers, carrying them from one place to another in shortest duration of time.The government is investing heavily infrastructure projects in enabling a high-speed network in India as well. Presently, the work for the bullet train is already underway and it is expected that the speed of the train will be over 300Km/h.

The government is getting the support of Japanese government and it has also received a cheap loan so as to fund the project in long term. But for now, let us see which is the fastest train in India.

Here is a list of top 10 fastest trains in India along with their speeds: 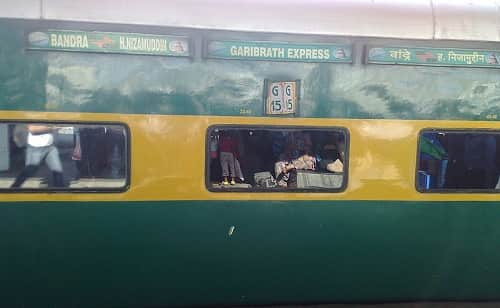 Among the fastest trains in India in 2017 comes the Mumbai-New Delhi Premium Express, train number 22913, which reaches across 1386 km in 16 hours, and has an average speed of 87.87 km per hour. It features just 4 stops on its route. The train runs for three days in a week and it travels at a top speed of 130 Km/h whereas the average speed remains to be 81.96 including the various halts that it takes. The train stops at all the hubs like Kota, Surat, Ratlam, and Vadodara. 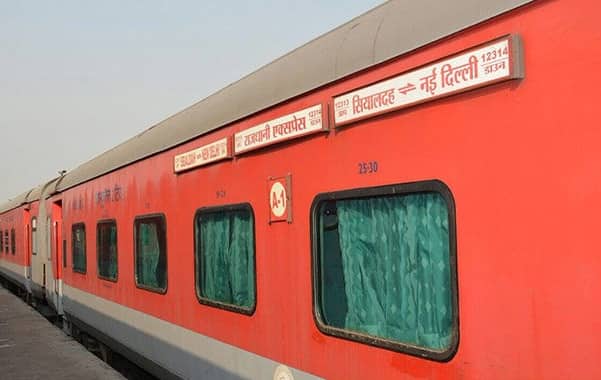 On Ninth spot among the fastest trains in the country is train number 12313, the Sealdah-New Delhi Rajdhani Express, which covers a distance of 1458 km in 17 hours 35 minutes. The Eastern Zone train goes at an average speed of 83 km per hour, stopping at 6 destinations on its way. At present, the train is operated by the Eastern Railway Zone and the train runs daily between the two junctions. 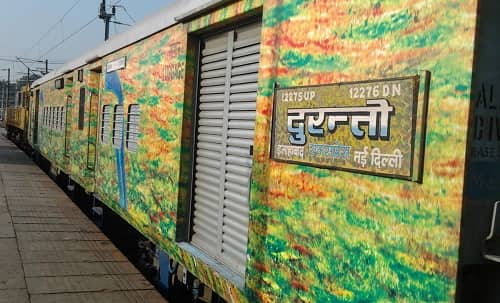 This train runs between New Delhi and Allahabad and we have it on the eighth spot in our list. The train runs between Lokmanya Tilak Terminus and Allahabad Junction. As per the information available, the train covered the route for the first time on 9 February 2010 and it is able to cover the distance of 634 Km in just about 7 hours and 30 minutes. This makes the average speed of the train to be 85.01 Km/Hour and in addition to this, one of the main advantages of this train is that it has only one stop between the two end points. The maximum speed of the train is 120 Km/He 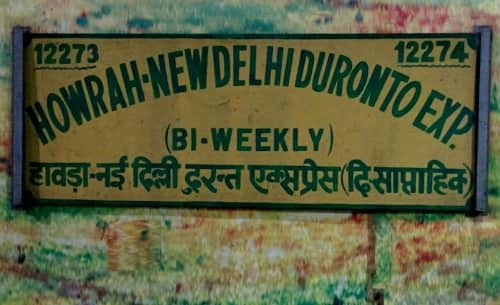 Next on this list is New Delhi-Howrah Duronto, Train number 12274 in the Eastern Zone. The train has an average speed of 85 km per hour, traveling a total distance of 1446 km in 17 hours 15 minutes. This train has only three stops along its route. In addition to this, the top speed of the train is 120 Km/H and the train runs Bi-Weekly. The government should surely increase the frequency of the train as it is one of the most preferred trains on this route. 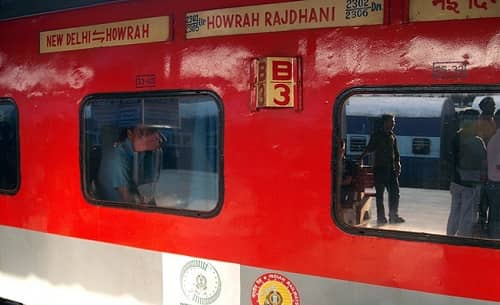 Another train which is regarded as the fastest ones in India is train number 12302 the New Delhi-Howrah Express, which covers a route measuring 1447 km between these two cities, in a period of 17 hours. The Eastern Zone train has an average speed of 92 km per hour after excluding all the halts, stopping at 6 destinations on its way. The train has a top speed of 135 Km/H and the train also comes with Onboard Wi-Fi service which is free to use. In addition to this, the train runs weekly from the Rajdhani of India to Howrah and Vice Versa. It is also interesting to know that the train gave its first service in March 1969. 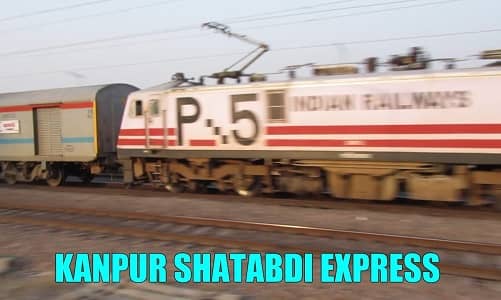 Train number 12034, New Delhi-Kanpur Shatabdi Express is another Indian train recognized for its tremendous speed. It takes just 5 hours to cover a distance of 437 km between the two cities, having just two stops during the journey. The average speed of this train is 87.40 km per hour and the top speed of the train is 140 Km/H. In addition to this, the train runs daily except on Sundays and the train only has the sitting class. There are no sleepers available because of a shorter journey. 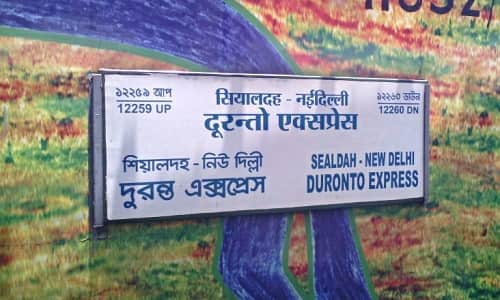 Train number 12260, New Delhi-Sealdah Duronto, an Eastern Zone train, which travels a distance of 1453 km in 16 hours 55 minutes. The express train catches 87.64 up to an average speed of km per hour and stops on 3 destinations en route. The train has a maximum speed of 135.18 Km/H and in addition to this, it is one of the fastest trains on this route which connects East with the center of India. 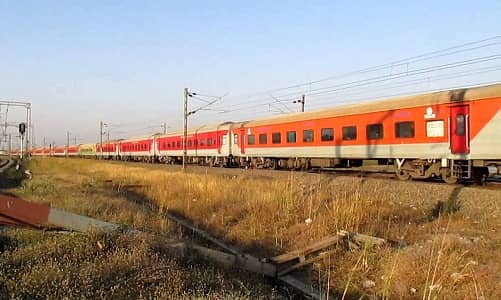 The second fastest train in India is train number 12951, the Mumbai Central-New Delhi Rajdhani Express, which is the fastest Rajdhani in the country. The Western Zone has an average speed of 91.2 km per hour with a top speed of 140 Km/h. The train travels a distance of 1384 km in 16 hours and stopping at just 6 stations and the train runs daily between the two points. In addition to this, the train had been in service since 45 Years as the train was first inaugurated in 1972. 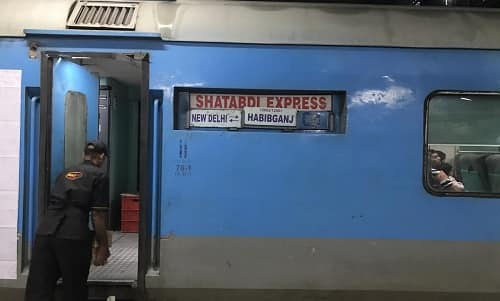 Train number 12002, New Delhi-Habibganj (Bhopal) Shatabdi is the fastest train running in India in 2015, in addition to being the fastest Shatabdi too. Reaching an average speed of 100 km per hour, this North Zone train covers 707 km in 8 hours 25 minutes, with 8 stops en route. The train has a top speed of 150 Km/H and recently, new coaches were added to the train. The train runs on a daily basis and it has seater seats only. The facility of sleeping class is not available on the train. A lot of people travel to Agra and Gwalior via this train only. 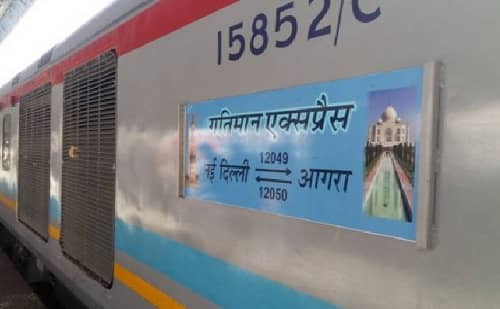 This train was first started in April 2016 and it is operated by Northern Railways. The train runs between H Nizamuddin and Agra and there are no stops in middle. The total journey of 188 kilometers is completed in 1 hour and 40 minutes. The train runs on a daily basis except Friday and the reason for that is because the Taj Mahal remains closed on Friday.

The number of this train is 12049 and the train also has the entertainment systems in place. In addition to this, the train has a top speed of 160 Km/H and the average speed of the train is 112km/H.

All these high-speed trains in India present a picture of development and progress of Railways in the country. You can also check the train running status by using this site: http://livetrainstatus.co.in/ 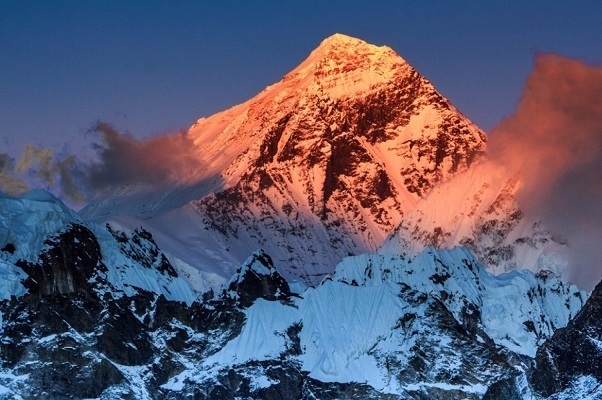