Landmines are very dangerous as they remain dangerous even after the conflict in which they were deployed for is over. They kill people and injure civilians at the same time rendering the land on which they were placed unusable and impassible for years. The 1997 Convention on Prohibition of the Use which is known as Ottawa Treaty, seeks to stop the use of landmines. With modern technology, the UN approximates that, it will take over 1,100 years to clear the current landmines. This shows how dangerous they are.

The following are the top 10 countries with the most landmines 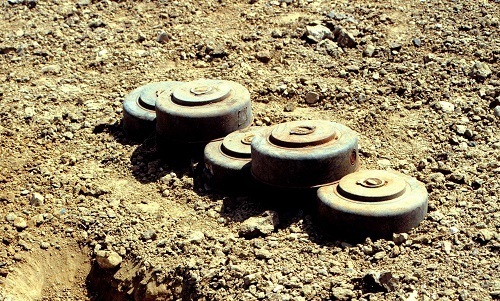 It has over 1 million landmines which were as a result of a 40 year conflict in the country. It is contaminated with unexploded ordnance and mines. The UN claims that given sustained attention, it can be solved in between 7 to 10 years, so long as there are adequate resources.

It has a landmine count of 3 million, which was as a result of the 1992 – 1995 conflict during the breakup of the Socialist Federal Republic of Yugoslavia though the mines concentration is of a low density. It is approximated that every month, 30-35 people are killed by landmines thus reducing food production and also diverting resources for rebuilding society to landmines.

It has a land mine count of between 8 to 10 million, which were left by the war in Cambodia which lasted for decades.  This land mines litter the country thus causing death and injuries on daily basis. Cambodia has the highest rate of physical disabilities caused by this land mines.

This country has a land mine count of 10 million which were placed during the were which started in 1978. Soviet forces and Afghanistan governments between 1979 and 1992 used antipersonnel mines which were planted all over the country. This has become a hindrance to development activities in Afghanistan.

It has a land mine count of 16 million which are placed in southwest and west Iran during the 1980-1988 Iran – Iraq conflict. This has contaminated over 42,000 square kilometers thus limiting agricultural production in more than 5 provinces along the Iraq border.