India is a country where corruption is rampant in every department and scams of big and small magnitudes have come to light time and again. The innocent population of the country has been robbed time and again of their hard earned money by corrupt people on countless occasions.

Here are top 10 biggest corruption scams in India till date:

One of the biggest corruption scams in the history of India is the bribery case or the Hawala Scam, which reached a magnitude of nearly $ 18 million. Some of the biggest politicians were named among those who had received big bribes at the hands of hawala brokers, besides being news that the money was traced to the militants of Kashmir.

1992 was a black year for the share market of the country, when it was hit by one of the biggest scams of all time. The culprits behind the abrupt jolt to share market and investor interest were Harshad Mehta and Ketan Parekh, who were responsible for scams worth Rs 4000 crore and Rs 1000 crore respectively.

Next on the list of biggest corruption scandals in the country is the Bofors Scandal of the eighties, with the alleged involvement of the then Prime Minister Rajiv Gandhi, members of Congress party and the influential Hinduja family, who had received as much as $ 16 million in bribe from Bofors, the biggest arms manufacturer in Sweden.

The Fodder Scam, locally known as Chara Ghotala of 1996 comes next among the biggest corruption scams of India, in which there was a false fabrication of livestock by the politicians of Bihar, for which they had embezzled a fund of Rs 900 crore in lieu of fodder, equipment and medicine for these animals.

The Satyam Scam of 2009 turned out to be one of the biggest corporate scams in the country, measuring up to Rs 14000 crore. Ramalinga Raju, the chairman of Satyam Computer Companies was responsible for this huge scandal, which involved manipulation of the books of the company to show inflated profits and revenues.

Next on the list comes the Telgi Scam of 2002, which was crafted by Abdul Karim Telgi, who forged duplicate stamp papers worth an incredible Rs 20000 crore and sold them to banks and financial institutions. The scam was carried out with the involvement of several government departments.

India became ashamed once again, this time in 2010 on the grand event of Commonwealth Games, when an amount of Rs 70000 crore was claimed to have been spent on the Games, but the fact is that hardly half of it was utilized the right way. There was misappropriation of funds in terms of discrepancies in tenders as well as transactions related to purchase of equipment.

The Karnataka Wakf Board Land Scam of 2012 is one of the most horrific corruption land scams in India, which is estimated to reach an amount of Rs 1.5-2 lakh crore. It involved illegal allocation of 27000 acres of land by a Muslim charitable trust called Wakf Board, which was supposed to be donated to the underprivileged, but half of it was misappropriated.

The 2 G Spectrum Scam of 2008 amounting to Rs 1.76 lakh crore comes next on this list, with the involvement of A Raja, the former Telecom Minister. He had allocated the 2 G service licenses at throw away prices by going against the norms. The investigation is still going on in this case.

Reaching a whopping magnitude of Rs 1.86 lakh crore, the Indian coal allocation scam of 2012 happens to be the biggest corruption scam in the country. The scam, carried out during Manmohan Singh’s term, involved arbitrary allocation of coal deposits to public sector as well as private sector companies in the country.

All these corruption scams have been highlighted across the world and have tainted the reputation of the politicians as well as government officials of the country. 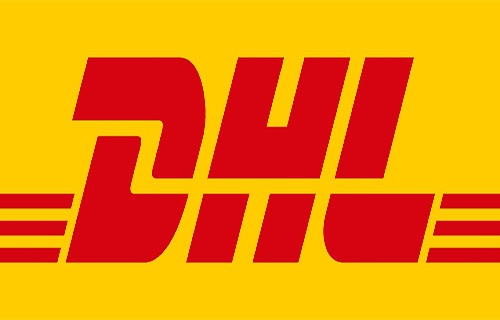