Sanjay Dutt is one of the most talented, yet controversial superstars in the Indian film industry, who has ruled the hearts of his fans for decades now. Despite being born into the royalty of the industry, Sanjay has always been in news for the wrong reasons. But this has had no effect on his fan following. 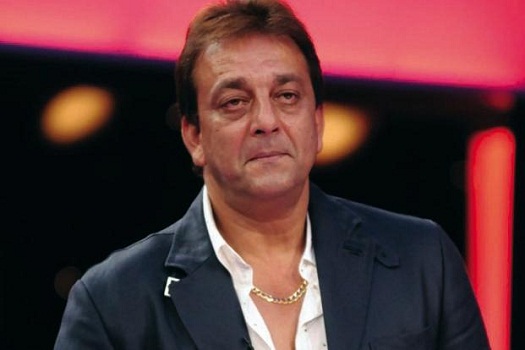 Income Sources: Sanjay Dutt has amassed a huge wealth during a long and illustrious career, earning as much as Rs 3-5 crore per movie. He has also endorsed a number of leading brands when he was at the prime of his career. Unfortunately, he is going through a rough phase now as he is serving a term in the Yerawada Jail in Pune, where he makes a small amount of money doing small jobs.

Marital Status: Sanjay was first married to Richa Sharma, with whom he had a daughter Trishala, but they got divorced. Richa later died of brain tumor. Later, he married model Rhea Pillai, but this marriage too did not work out. Manyata Dutt is his third wife and they have twin children, a boy and a girl.

Sanjay Dutt was born in Mumbai and comes from a prestigious family of ace actors Sunil Dutt and Nargis Dutt. When Sanjay’s first film was near release, his mother died, which took toll on him and he became addicted to drugs. The next two years were spent by him in a rehab center in the US. He again came into controversy after being accused of involvement in the 1993 Mumbai bombings. Because of his controversial character, Sanjay has sometimes been called the Bad Boy of the industry and also the prodigal son of a reputed actor and politician father, Sunil Dutt.

Sanjay Dutt was seen as a child artist in the 172 film “Rehma Aur Shera”, in which his father was the lead actor. His debut in a lead role came in 1981 with “Rocky”, which became a great success. Success followed him with films like “Vidhaata”, “Main Awaara Hoon”, “Saajan”, “Khalnayak”, “Yalgaar” and “Thaanedar”. Sanjay took an extended break in his career and returned in 1999, with hits such as “Kartoos”, “Vaastav”, “Khoobsurat”, “Mission Kashmir”, “Parineeta” and the sterling performances of his career, “Munnabhai MBBS” and “Lage Raho Munna Bhai”. His career came to a halt on many occasions since 1993, when he was in and out of prison on account of the TADA case on him. Finally, in Mrch 2013, he was convicted with an imprisonment of five years and is serving at the Yerwada Jain at present.

Sanjay Dutt was born with a silver spoon in his mouth and has been leading a luxurious lifestyle from the very beginning. His apartment in Bandra is worth Rs 30 crore and is a piece of art, having a floor area dedicated to a private gym and swimming pool. He has always owned a luxurious fleet of cars, with a Rolls Royce Ghost and Lexus LX 470 a part of it. The most recent entrant in the fleet is a Bentley, which he has received as a birthday gift from his wife on his 51st birthday.