Spices are an inseparable part of Indian cuisine, and while the use of spices varies from region to region across India, it is the common thread that binds us all together. Indian spices have been in demand across the world since 12th century, and the West was encouraged to explore the sea routes to India in the quest for India’s spices. Indian spices remain an attraction in the traditional Arabian souks. It was the spice trade that had landed the first European settlers on the Western Indian coasts. The trade of spices was so profitable in the West, that it drove in a whole new era, of not just European settlers, but of European Enterprise that later became an era of European colonization. Many early European settlers in the courts of the Mughals at Delhi wrote about ‘Indian food’ being at the centre of their experience of living in India.

A posting in India came, not only with a fat salary but also with the luxury of eating wonderfully spiced Indian food four times a day. But Indian food has evolved over a period owing to the influences, the rulers of India brought to it. British colonization also changed the way Indians ‘did’ their spicy food. One can say that colonization brought ‘standardization’ of spices to Indian cuisine. So, we have our generic Garam Masala and Curry Powder. There are different spice brands in India that make many standardized spice powders that are sold in India and abroad.

Here are the name list of 10 most popular spices brand in India.

Eastern is a Bengaluru-based spice brand, and is one of the top spice exporters. It prides itself of manufacturing spices that are ‘ethically sourced’ to provide a traditional taste. It produces generic spice mixes like garam masala and chicken masala with some authentic south Indian favourites like Green Pepper Chicken Masala, Sambhar Powder etc. Eastern also produces one of the best spice mixes for Indo-Chinese cuisine.

Priya is another extremely popular brand of spices from South India. The provide a range of curry masala powders like chicken masala, fish masala, and the famous Madras curry masala. They also produce spice powders, that could be used with any of the masala powders. Priya is famous for its South Indian style pickles that are also found in super markets around the world.

About 50 years back, Rambhai Chhagabhai Patel started a small business selling pulses and spices in his neighbourhood. It was his son, Hasmukhbhai Patel, who turned into brand Ramdev , extending it to the entire state of Gujarat. In 1990,Ramdev Masalas launched their ‘Ready-to-eat’ range with their instant mixes for Gujarati snacks like Dhokla, Khaman, Gulab Jamun, etc. They got their asafoetida powder ‘AGMARK’ certifies, which was a first in India.

Mother’s recipe is one of the biggest spice brands in India, with a presence in 40 other countries across the world. Owned by Desai Brothers Ltd, Mother’s Recipe produces ethnic pickles, chutneys, spices, condiments, Papads, Appalams, Ready to cook Spices, Instant Mixes, Mango Pulps etc. Their products are available and popular all over the country, and can be found even in Police Canteens, Defence Canteens, etc. 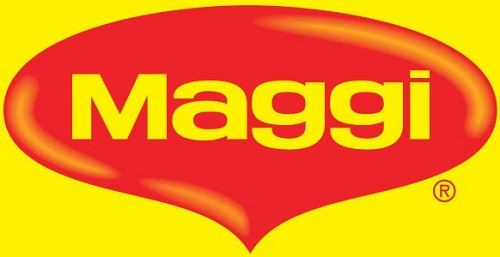 Owned by Nestle, the brand Maggi is more than just 2-Minute noodles. Maggi produces a small range of spice mixed, and paste which are extremely popular. Maggi was the first brand in India to sell vegetable and chicken stock cubes, which add a great flavour to any dish. Their Masala-e-magic spice mix is Maggi’s own take on Garam Masala. Maggi also produces ready-to-us curry pastes. Despite all the recent controversies about high levels of MSG in Maggi products, Maggi as a brand continues to remain extremely popular, and their spice mixes add a new dimension of flavour to the traditional Indian taste.

The Mavalli Tiffin Rooms, or MTR as an extremely popular food brand in Karnataka. Their spice mixes are extremely popular in Karnataka and the rest of South India. While their traditional South Indian spice mixes like Sambhar powder, and Rassam powder remain favorites across India, their instant Dosa, Idli and wada mixes are equally popular. They also sell the traditional South Indian chutney’s like ‘Paruppu Pody’, and the dry red chilli powder, commonly known as ‘Gunpowder’. MTR prides to preserve more flavour in their spices by pounding and grinding them.

Catch was launched in 1987, and their first products were sprinklers for Indian and International tables- salt and pepper. In 2001, they launched the entire range of spice mixes, whole spices, blended spices, and Sprinklers.

Cook Me is a Kolkata based spice powder manufacturer, and their speciality is authentic Bengali spice powders and pastes. They also make ready-to-use spice pastes, whole spices and spice mixes. 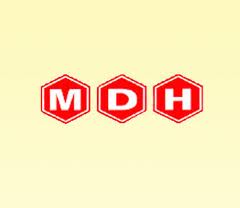 MDH is one of the most popular and celebrated brands of spices in India. Their manufacturing units are located in five different states. MDH stands for Mahashian Di Hatti. MDH spices started as a small shop in Sialkot started by Mahashay Chunni Lal in 1919, and was later taken over by his son Mahashay Dharampal. It now exports its quality products of pure spice blends, spice mixes from India.

Everest is a common household name in India. For more than 45 years, Everest has dominated spice markets in India, and provide an exhaustive range of spice powders and spice mixes. Everest spices are available across India. Supermarkets in US, UK, Australia, Canada, and France also sell Everest products.

While the above mentioned spice brand are among the best-selling spice brands in India, Shaan, a spice brand from Pakistan, that is now manufactured in India is also extremely popular among meat eaters.

How To Choose The Best Spices for Cooking?

While choosing the spices, we all want to opt for the best ones in the market. You can go through the points below to understand the factors you need to consider while buying spices.

Organic – Some people may say that organic spices are a marketing gimmick, but we do not support that idea. Organic spices are authentic, and there is a lot of difference in the quality of these organic spices. The aroma is better, and there is no use of chemicals in processing those spices. The chances of finding adulterated spice is also a lot less when you are buying organic. A lot of such brands are available in the market that offers you organic options.

Stone Ground – Many people have a preference when it comes to the ground of the spice. Some people like finely ground spice while others like coarse ground. Fortunately, you have options available for some spices like red pepper. You can check them out, and if you do not get the required ground, you can grind your spices at home.

Brand – Another important thing to consider is the brand of the spice. You must avoid buying unbranded packs and instead opt for the branded spices that assure you of quality. When you buy the spices from a reputed brand, you can be assured that you will get authentic spices with high quality standards. Everyone has a favourite brand, but if you are still looking for recommendations, then we have already shared the list of best brands available in the market.

Whole Spices – There are some spices which we would recommend you to buy as a whole. The example includes black pepper, cardamom, cinnamon and fennel. You can grind these spices at home during use, and it helps you maintain the flavour of your food. You can also use these ground spices to make tea masala, and it turns out to be a lot more flavourful than the one you will get in the market.

Mixes – Do you want the proper taste in your food? In that case, you can buy the mixes available in the market. For example, you can buy a rajma masala for making rajma. Similarly, you can purchase pav bhaji masala for making pav bhaji. There are many mixes available, and they help you get the proper flavours in the Indian dish that you are cooking. These pre-mix also helps you avoid the trouble of mixing the spices manually to get the right flavours in your food.

Birthday Party Snack Ideas That Are Kid-Approved and Budget-Friendly