Tamil Cinema has produced many stars and T R Silambarasan is one among them. He is however more popularly known as Simbu and has huge fan followings among those who follow Tamil Movies. He started his career as a Child Artist and since then has delivered many super hit movies. He comes from a Movie Background and his father T Rajender is one of the famous directors and producers of Tamil Movie.

He himself is an Actor, Director, Producer, and Singer and plays many other roles in movies. He has acted in many movies but here are the Top 10 movies of Simbu on popularity and critical accreditation basis. 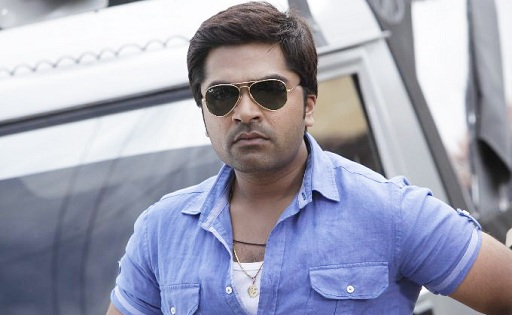 This was a commercially successful movie. The movie was released in 2003 at the early stage of career for Simbu. He was paired up with Trisha and made good business. However, the movie failed to keep the momentum at the later stage and ended up with satisfactory business. The Tamil Romantic Comedy movie was one of the best in Simbu’s career.

This was one of the big budget movies of Simbu. This was a Telegu remake of Bhadra and Simbu played the anchor role in the movie alongside Jyotika. The movie released in 2006 made good critic response and Box Office Collections too.

This was one of the Tamil Action Thriller that made Simbu popular. He was seen in double roles for the movie. He paired up with Sneha and Sana Khan for the movie. It was a mass entertainer movie and received good response from the audience.

This was another Action Thriller Tamil Movie for Simbu who entertained people with his action stunts and dance steps. The movie had Vedika in lead role. The movie was again a sheer entertainer and lacked good script. However, the movie reached respectable figure as far as the commercial success is concerned.

This was one of the most awaited and anticipated movies for Simbu. Released in 2006, the movie featured Nayantara, Reema Sen and Sandhya along with Simbu in pivotal roles. The movie based upon college going students and the carefree attitude. This was opened with grand success and made huge business in next days. This is one of the most popular movies of Simbu and the on screen and off screen pair of Simbu and Nayantara made the movie even more interesting at that time.

This is one of the movies that made good response from all sections. It was a remake of a popular Telegu movie Vedam. The story of the movie was based on five different lives and things revolving around them. Bharat, Anushka Shetty, Prakash Raj and many others also featured with Simbu as part of the movie. It was one of the huge commercial successes for Simbu and the movie.

This was one of the most popular and successful movies of Simbu. The Tamil Romantic movie made huge interests among people. The movie featured Trisha Krishnan and Simbu in the lead roles and made overwhelming business. It also received good critics review.

The Tamil Romantic Musical Movie made huge response among the critics and the audience. It however got mixed response. The movie featured Simbu and Varalaxmi in the lead roles. The movie made good business despite not so overwhelming critical acclaim.

The enticing story of a depressed man and the wonderful narration made it one of the biggest hits in Simbu’s career. Jyotika played the lead role in the 2004 blockbuster movie. The Tamil Romantic Thriller Drama showed some other side of Simbu as an actor and that worked for the movie for the Box Office Collections.

It was one of the early movies for Simbu and was released in 2003. However, the charm and the popularity of the Tamil Romantic Comedy movie of Simbu and Rakshita is still visible among people. The movie got good response from the critics and made great Box Office business.

The movies of Simbu are not only commercially successful but very popular among people.