Almost all the Military and Army schools are affiliated with the Central Board of Secondary Education. While most of the Rashtriya Military Schools are run by Ministry of Defence, Govt of India, Army Public schools are controlled by Army welfare education society. Most of them give priority to the children of defence and armed personnel. But admissions are open for civilians as well. Medical Facility and CSD canteen facility is provided to almost all cadets. These schools/institutes, pave the way for those who long to serve the nation. As a Digital marketing school in Chandigarh, CIDM offers social media services, search engine services, and website design services. CIDM creates, execute and manage social media campaigns for its students.  You can learn marketing in Chandigarh from CIDM school of digital marketing in Chandigarh.

Lets check out the list of top defence schools in india:

The Army Public school was established in 1988, to give high standard education for children of army personnel. The school is spread on a large area of lush green land that encourages nature inspection and sporting ability. It offers academic education from standard 1 through 12.

It’s located in Belgaum, Karnataka. This one’s also residential school for boys studying in class VI to XII. The medium of instruction is English while Hindi is a compulsory subject for students studying in classes VI to X. The school stresses on academic excellence.

It’s located at Ajmer, Rajasthan. The school is spread over 92 acres of land. Several alumni of this school are serving the motherland in the armed forces. Adequate stress is laid on academic and extracurricular activities. The school also offers hobby courses.

It’s a residential school and houses the youngest cadets, from age 4 up. The rooms are well ventilated, imparting academic and co curricular studies. Apart from CBSE curriculum; it also has a dedicated NCC wing.

It was established in 1984 primarily for imparting quality education to the children of Defence Personnel at an affordable cost. However, they also admit civilians. The school is from standard 1-12. It’s a great school for Primary children; the school has adopted play way method. No H.W, no exams from class 1-5.

It was founded in 1946 for the children of armed forces and civilians. It has a sprawling lush green campus, in Bangalore, Karnataka, and has all the necessary facilities that a defence aspirant requires. It offers education from grade 6th to 12th. It’s aimed at preparing students for applying in National defence Academy.

It’s a residential school in Chail, Himachal Pradesh. The world’s highest cricket ground is located in Chail and is used as a training and playground for cadets. The school prepares the cadets for CBSE 10th and 12th and for Entrance Examination for National Defence Academy.

It’s the youngest of the Rashtriya Military schools set up after independence, in 1962. It’s spread over an area, of 1500 acres in Dholpur, Rajasthan. The school has all the modern amenities like digital classrooms; Internet enabled Computer Lab, Modern science lab, sports facility, a decent library and auditorium.

This one’s located in Delhi and imparts education to kids of defence personnel. The school has an area of over 33 acres of land that includes, four wings, one auditorium, three cafeterias, a children’s science park, and a hostel for boys. It has six basketball courts, two football field and one hockey field, two tennis courts, two volleyball courts, a huge slide, a gym, a bank, and lots more! It is indeed the best Army Public School in India. It has received several awards for academic excellence.

It is one of the oldest institutes established in 1922. After independence, it came under the Ministry of Defence, Govt. of India. It’s a boarding school. Admissions are open for children of armed forces personnel as well as civilians, who have cleared 7th grade and are under 13 yrs of age. It is the best feeder institute for the National Defence Academy. Its former cadets, have gone on to achieve high ranks in Army, Navy and Air force corps. 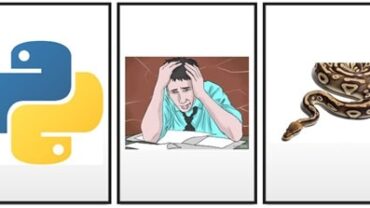