Festivals are an important part of our lives, as they bring us close to our culture and at the same time, relieve the monotony of daily schedules. Each country of the world celebrates its own festivals, with some of them being more popular than the others. Many of these festivals are celebrated on grand scale in the respective countries, but their fame has been carried far and wide due to the huge celebrations.

Here is a list of top 10 popular & best festivals in the world: 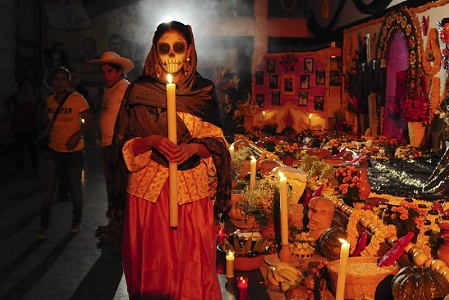 Literally meaning “Day of the Dead”, this famous festival is celebrated in Mexico on 1-2 November every year. The festival is aimed to reunite the families with their dead ones, by finding positivity in death and continuation of the lives of the loved ones after that. People party in cemeteries, with food, drink and music, doing away with the terror of the inevitable. 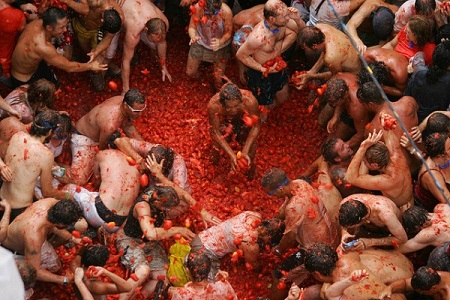 The fun filled counterpart of the Indian Holi, La Tomatina is a joyful festival of Spain, held on the last Wednesday falling in the month of August. The venue for the festival Is Bunol, where thousands of people gather on the streets and dive into trucks full of tomatoes, throwing them at each other and having great fun. The whole fun filled event lasts just an hour or so. 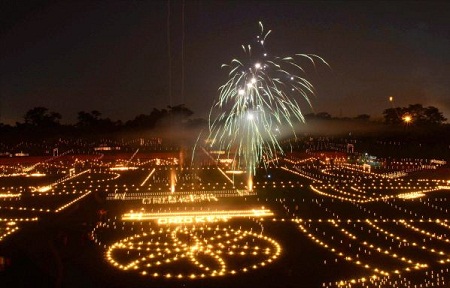 Next on the list of top 10 festivals in the world is the Indian “Festival of Lights”, Diwali, which falls in October or November. People of all religions come together and light the lamps of hopes to drive away darkness on Diwali night. Shopping, exchange of gifts, gambling and worship are the main aspects of this 5 day long celebration. 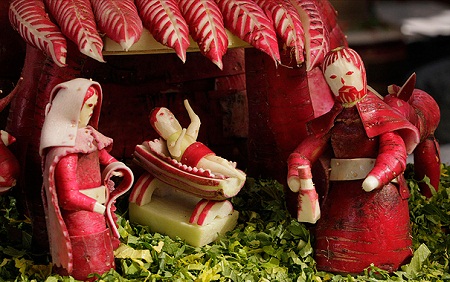 Another popular Mexican festival to feature on this list is Noche de los Rabanos, which is celebrated in Oaxaca on 23rd of December. The tradition started in the 16th century, when the Spanish made carvings on radishes to boost their sale in Mexico, and is continued till date, with a contest for artisans, the best of whom are rewarded with cash prizes. 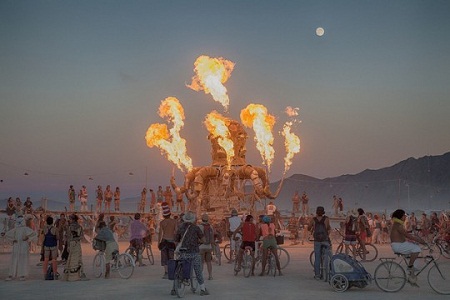 Celebrated in August or September in Black Rock City, Nevada, this festival draws huge crowds to the city. Everyone has to participate in the event and barter goods, since selling them is banned on the occasion. The festival ends with burning a huge effigy, similar to the one in the horror movie “Wicker Man”.

Held on the occasion of Easter, Semana Santa is another one among the top 10 best festivals in the world. The week long religious festival is held in homage to the crucifixion and resurrection of Jesus Christ. Huge statues of Christ are taken through the city and fruits and flowers are offered to them, followed by re-enactment of crucifixion of Christ.

Held on 31st March and 1st April in Kawasaki, this is the festival dedicated to fertility. It involves a giant pink penis paraded around the streets. Originally, the festival was started as a fight against syphilis, but now raises funds for research on AIDS.

Rio de Janeiro in Brazil is the venue of the grand Carnival, which is celebrated in February. The four day festival attracts millions of revelers from all around the world, to witness the great Samba Parade, with scantily clad women and gaudy floats. Another prominent custom of the festival is the Masquerade Ball.

The list of the most popular festivals in the world is topped by the Mardi Gras, held in New Orleans in January. The festival lasts for two weeks and consists of grand parades of Kings, Queens and krewes, the latter manning the floats around the city. Thousands of people gather in the city for the grand spectacle.

All these festivals are celebrated with great fervor and people from all around the world become a part of the grand celebrations.