One of the humorous ways of drinking along with your friends is getting engaged in certain sweet antiquated drinking games. Some of those games have changed with the passage of time with the little bit of modern impact.These games can be played in any kind of parties and get-together. You just need the little specific number of players and also a particular series of conditions that are required to be met. The drinking games not only make the party enjoyable but also make the occasion memorable.

These games are being played in several parts of the world at present. There are no hard and tough guidelines for such games. You can change the rules of the games as per your situation but you must remember that drinking must be done responsibly so that game can be played consciously and no person or the player gets affected in the terms of health. There are so many numerous drinking games which are quite famous all over the world. The below we are providing you the list of the top 10 best drinking games of all time:

The name of this drinking game is Power Hour in which a person has to drink sixty shots of beer (i.e. 6 to 7 beers) in the time period of 1 hour.This is a very interesting game which is quite enjoyable with the choice of your music in the party. You can also spice it up with the loud music and the dance on the floor.

The next name in the list of top ten best drinking games of all time is Civil War. This drinking game is same to both i.e. Nemes is and Beer Pong game. It is basically a 3v3 layout game which involves the shooting of the ping pong balls inside the mugs of the beer. In this, every player devises a three or six cup lifeline and then he/she have to shoot the balls very quickly in the opposite team participant’s mugs. 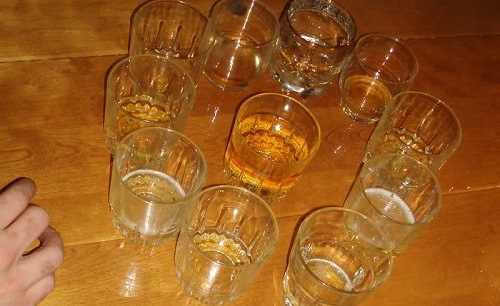 This drinking game may consist of few heavy drinking. Besides Chandeliers, this drinking game is also recognized with one more name i.e. Coin. So, the people who can afford to drink large quantities cannot be a part of this game.The participants have to shoot a quarter inside the glasses. All the successful shots will get translated into the drinks on the later stage. 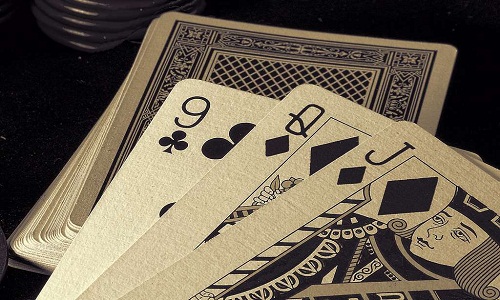 This is one of the classic drinking games which are a good entertainment option for the dealer as well as all the other players.In this, by guessing the cards rightly or wrongly can result in the drinks for the dealer or for the players.

One more best drinking game of all time is Quarters which is an entertaining game that possesses skill features. It is actually associated with a person’s capability to rebound a quarter off of a hard surface keen on a glass. The person who performs worse at the quarters will have to do more drinking.

The ball and cup form of the chandeliers drinking game is a mixture of the Quarters as well as Chandeliers (Coin) in which a mug and ball swap the quarters and the glasses of the shot.The mugs are then passed around.Instead of constantly restocking the central mugs, a restricted number of mugs are filled for every single game.

Corners is a new version of the beginner’s drinking game of the Beer Pong which presents an additional skill constituent i.e. rebounding shots. In this, the 2 balls are potshot in fast format, although rebounding challengers shots which smash the lip of your mug earlier they hit the surface. 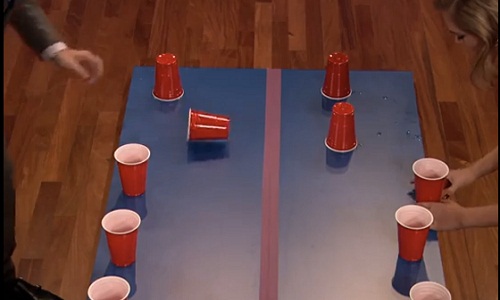 The subsequent drinking game is Flip cup that is also a classic game in which two teams compete with each other. In this, the players have to successfully drink as well as the flip (upside down) their single mugs in a one-by-one style at the very fast mode.

This is one of the utmost famous public drinking games in the entire world. In this specific game, the player’s acts as well as drinks which are linked with the look-down card that they arbitrarily choose in the every single turn. 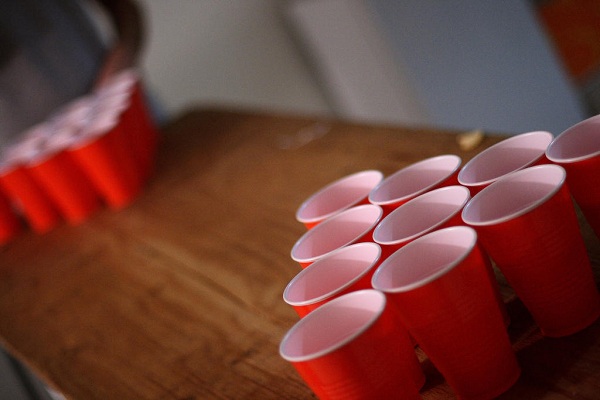 The top name in the list is of Beer Pong in which the players come together for viable two-on-two beer pongs. The player has to mainly try to shoot the ping pong balls inside the opponent’s mugs through the bench in this game. This game is played turn by turn. In some cities of the world, this game is also famous with one more name i.e. Beirut. Only the name of the game differs but the concept behind them is quite similar.