Bicycles are one of the best modes of transport for the fitness conscious as well as those who want to save on fuel expenses. This is the reason why they are so popular in a country like India, where a large chunk of population cannot afford the vehicles driven by dearly priced petrol and diesel. And there are many others who go for high priced premium models of lifestyle bikes as a part of their exercise equipment. The Indian market has a large number of old and reputed cycle companies, who manufacture a huge range for men, women and kids.

Listed below are the top 10 famous bicycle brands in India:

The next brand on the list of top 10 bicycle brands of India is Schwinn, a trusted US brand, which is almost 100 years old. The brand aims at giving an easy and enjoyable riding experience with products like Cruisers, Road, Hybrid, Urban, Bike Path and Mountain.

Montra is a famous brand, which has carved a niche for itself in the Indian market by making some of the toughest and lightest bicycles. The chief products from Montra are Montra Techno, My Track, Country Titanium, Jazz, Rock and Blue.

Next on the list is the popular European bicycle brand called Cannondale, which manufactures gears and apparels for riders, in addition to top quality bicycles. The major products of this brand are Road, Mountain, Kids, Women and Recreation & Urban.

Another leading international brand of bicycles is Firefox, which entered the Indian market in April 2005 and has transformed the market scenario completely by introducing a large number of international models. The main models from Firefox are BMX, Kids, Road, Hybrid and Gary Fisher. 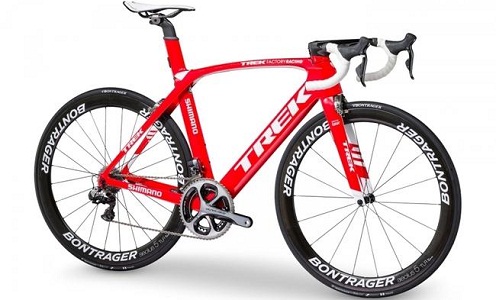 Trek is an international brand of bicycles, which has made its place in the Indian market too. It manufactures bicycles for Road, Mountain and Town, with models like Race Performance, Fitness, Sport, Triathlon, Touring, Cross Country, Gravity, Technical Trail, Singletrack trail, Dual Sport, Recreation and Urban Utility.

The next name on the list of best bicycle brands in India is that of La Sovereign, which brings a wide variety of products such as City Bikes for boys and girls, BMX bikes, Proline Bikes, Mountain Bikes and Road Bikes, in addition to bike accessories and spares.

Hercules is one of the oldest brands of bicycles, which was established way back in 1910 by Hercules Cycle and Motor Company at Aston in England. This brand made its entry in the Indian market in 1951 and currently holds a major share in it. The leading products from this brand are Roadsters, Junior Roadsters, Ryders, Roadeo, CMX and Turbodrive MTB. 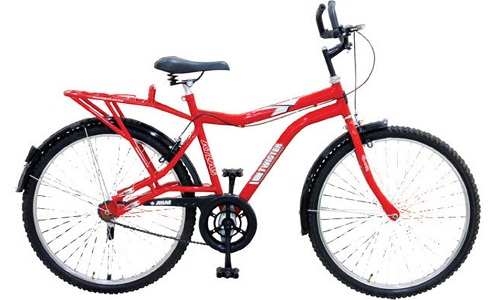 Atlas is a premier bicycle company which has had its own share in the Indian market for the past 5 decades. It is based in North India, but has its sale and service network all over the country. This brand has established a trusted reputation for manufacturing best quality and multi featured bikes to meet the needs of Indian population.

One of the most popular and trusted brands of bicycles in India is Hero Cycles, which is based in Ludhiana, Punjab. This leading producer of bicycles offers a huge array of products for diverse needs, such as Maxim Fun Series and Super Start Series for kids, SLR, Roadsters and City Bikes for girls, Hero Sprint, Roadsters, City Bikes, Fast and Furious and Racers for boys.

Some other well known bicycle brands in India are Mongoose, Schnell, Merida, Rock Riders and Maxit.