Cricket is a well-known sport in India, even more so, it’s popular in other parts of the world, and for fans, their passion for the game is burning. And most times, fans want nothing more than to see their favourite cricket live games in stadiums they love. The popularity of the game has made cricket stadiums available throughout India.

One can quickly locate any cricket stadium in almost every major city in India, across different states. It’s for the fact that India has the most significant number of international stadiums than any other country. One of the main reasons why India is among the leading countries in the cricket sports world.

The first largest cricket stadium built in India was in 1982; it became the largest stadium by ranking after its reconstruction in February of 2020. 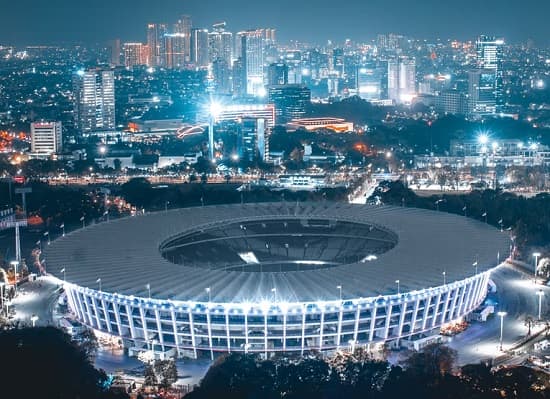 Many Indian cricket arenas vary based on the capacity, ground dimension and facilities. Currently, the largest stadium in India is the Narendra Modi stadium, located in Ahmedabad, Gujarat. The power of Narendra Modi Stadium in Motera is 132,00. At the same time, the second-largest cricket stadium is Melbourne Cricket Ground in Australia.

The Narendra Modi stadium is amongst the biggest, if not the biggest, cricket stadiums in India, and it’s in Ahmedabad; it’s a regular host for test matches, ODI and T201s.

The IPL finals between Gujarat Titans and Rajasthan Royals was the biggest sporting event ever held in the Narendra Modi Stadium, which took place in 2022.

Shashi Prahbh and Associates constructed and developed the stadium in just nine months. The stadium is the biggest in terms of seating capacity and dimension.

The stadium has hosted many tops and high-profile cricket matches featuring top players and international teams. Eden Gardens was constructed in 1864, and many changes in the stadium’s structure have occurred over time.

The Naya Raipur International Cricket Stadium isn’t the third largest stadium in India; it’s known as one of the most standard stadiums in India. The stadium has many shared facilities, which every typical international stadium should have.

The stadium was open for use in 2008, but the first match held was in 2010, a game between Canada and Chhattisgarh.

It’s the home stadium of the IPL franchise- Chennai Super Kings (CSK). Cricket fans in India famously know the stadium as the venue for the Test match between cricket rivals India and Pakistan, In 1999. The latter prevailed by 12 runs.

As of 2022, there are about 55 cricket stadiums in India, and all have been the venue of various international matches. India has the most cricket arenas, next to England, which has 23 international cricket grounds.

Cricket fans in India don’t joke about seeing games in their best stadiums; even more so, they enjoy streaming games played in stadiums they love.