Sonam Kapoor is one of the most promising young actresses in the current generation of Bollywood. The beautiful diva is the daughter of the iconic Bollywood super star Anil Kapoor. She is known more for her amazing style and cool attitude, rather than her success as an actress. 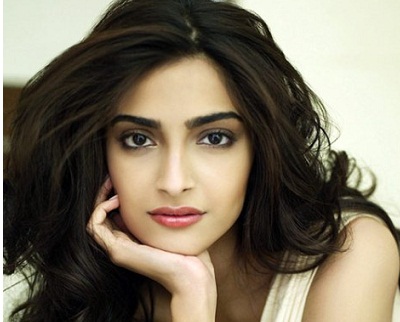 Income Sources: Sonam charges fees of Rs 1.5-4 crore for her movies. But, she has been known for her impulsiveness too, whereby she charged just Rs 11 for doing a role in the hit movie “Bhaag Milkha Bhaag”. She also endorses a number of brands like Loreal, Lux, Mont Blanc, Colgate and Electrolux. She has also been featured in a print commercial of Jewelry Export Promotion Council. Sonam is one of the highest paid brand endorsers in the country.

Marital Status: Single. There are rumors about her relationship with Puneet Malhotra.

Sonam Kapoor was born with a silver spoon in her mouth, with a deep rooted film family of Mumbai, consisting of father Anil Kapoor and uncles Boney Kapoor and Sanjay Kapoor. Sunita Kapoor, a former model, is her mother and she has a younger sister, Rhea Kapoor who is a film producer and brother, Harshvardhan Kapoor, who is expected to make his Bollywood debut very soon. Her cousin Arjum Kapoor is another upcoming talent in Bollywood. Sonam did her schooling from Mumbai and joined the prestigious United World College of South East Asia, Singapore and University of London for higher studies. She is an ardent fashion enthusiast who loves fashionable clothes and accessories. Before Sonam made her debut in “Saawariya”, no one could imagine this overweight girl could shed so much weight and look like a style diva and become one of the hottest fresh faces in Bollywood. She is usually seen modeling in fashion shows in the B-Town. Also, she is considered as one of the best dressed celebrities and has featured on covers of leading international magazines like Elle, Vogue, FHM, Maxim, Grazia and Verve. Besides her unique fasion sense, Sonam has been in news quite often, for her outspoken nature and bold attitude.

Surprisingly, Sonam Kapoor started her film career as an assistant director to Sanjay Leela Bhansali in the acclaimed movie “Black”, which came in 2005. She came as an actress in “Saawariya” from the same director, which was also the debut film of Bollywood heart throb Ranbeer Kapoor. The film bombed on the box office, though it fetched Sonam a nomination for the Best Female Debut in Filmfare Awards. Her next ventures included “Aisha”, “Delhi 6” and “I Hate Love Storys”, but none of them made a mark. She was acclaimed for her performances in “Bhaag Milkha Bhaag” and “Raanjhana”. She was appreciated for her performance in the 2014 movie “Khoobsurat”. Despite the fact that her films have achieved mediocre success, a lot of expectations are held from Sonam Kapoor.

Sonam has inherited her taste in luxury cars from her father. She owns Audi and Renault luxury cars in her luxurious fleet.