The world we live in is a beautiful place and it has got some unexpected surprises for and every one of us. The most amazing surprise for me is the distribution of land across the entire globe. It amazes me to see how some countries could be as big as China and others could be as little as the Vatican City. The geography has been a gift to the humanity, but the division of boundaries has been completely man-made. Although, it is said that smaller the country the better is the execution of various laws and so is the well being of the citizens. This might be a surprise to you those countries as small as two football-sized courts do exist and they are by far, doing much better than the larger countries.

Anyway, the fact is that whatever might be the size of a country it is the rate of the well being of its citizens that truly matters. In Fact, it is safe to say if all the countries were smaller than their original sizes; wouldn’t it be a better world where the resources would have been used in a much better condition?

Talking about the small-sized countries, it brings us to the list of top 10 smallest countries of the world by their size. The list consists of 10 countries which have least surface area under them. Yet these countries are greatly known to the world for their tactic or tourist attractions.

If you want to know these countries, read on and discover the interesting facts related to them.

Located in the Mediterranean Sea, Malta is a group of seven different sized islands. The surrounding countries in the archipelago are Malta and Gozo all of which is a group of island countries. The nation of Malta is only 316 kilometers in area and a population of 0.4 million people alone. Apart from being one of the world’s smallest countries, it is historically rich and a prehistoric site. The seven prehistoric temples of Malta makes it a must visit the country for history fanatics. After gaining independence in 1964, tourism alone constitutes Malta’s economy.

Another island country on our list is The Maldives archipelago which is situated in the Indian Ocean. It is a group of around 1100 small islands, however, only a total of 200 islands are currently inhabited for life and its various functions. This island has a total area of 298 square kilometers along and inhabits some 4 lakh citizens. The world known the Maldives for its natural beauty, scuba divers and the eternal spa resorts. It is safe to say that tourism to the Maldives is the only reason behind its successful economic conditions.

This group of islands is situated in the Caribbean Sea where the Carib were the initial inhabitants of this nation. It is believed that Christopher Columbus discovered the Saint Kitts and Nevis during his world tour in 1498. The set of islands before becoming a British colony was in a war between the French and British to gain full control. It has a total surface area of 261 square kilometers, 168 under St. Kitts and the remainder 93 under Nevis.

The Marshal group of islands has a total area of 181 square kilometers which comprises of hundreds of inhabited and uninhabited islands as well as, thousands of islets all of which are connected together by coral atolls. Out of the entire range of islands, only 24 are truly fit for living. Apart from being a fully fledged nation on its own, the US Dollar is the national currency. If you are a scuba diving and snorkeling sports, the Marshall Islands are unmatched by any other place in the world.

This is a small country with 160 square kilometers situated in the middle of Austria and Switzerland. The Alpine country only inhabits 37 thousand people in total. Liechtenstein is entirely located in the Alps mountain ranges which also make it the only country in the world by becoming so. You must be left shook by knowing the fact that Liechtenstein is the richest country in the world with a least fiscal deficit which is next to zero. The unemployment rate of this Alpine country is even lower than 1.5.

We have all seen the Barbie movies were a stone wall surrounding kingdom on the top of a large mountain surrounded by the sea. Well, the San Marino is exactly the same with only 61 kilometers of total area. The San Marino nation lies exactly between the Italy which was founded back in 301 AD and has a population of thirty thousand citizens only. According to the GDP status, San Marino is on the list of top ten richest countries in the world with the extremely low unemployment rate. The world also knows it for having more vehicles than the population which mostly includes high-end sports wheels.

This island country has a total area of 21 square kilometers only. It has 9378 inhabitants the only Whig makes it second country in the world having least amount of citizens. The Island country is made up of phosphate rock which is one big reason for the stability of its economy. However, the repeated mining has led to a great depletion and ultimately the termination of phosphate mining. Although it has the most magnificent white sandy beaches, the tourism at Nauru islands is meager.

Situated in Western Europe, it has only 2 square kilometers of surface area but inhabits 36950 citizens in total. Having said that, Monaco is the most densely populated country in the world. Monaco is still a Monarch nation which is currently ruled by the Grimaldi family. Even though it is the densely populated, Monaco is also one of the richest countries with a GDP rate of 7 billion dollars. The most surprising fact about Monaco is the zero tax invasions and minimum business taxes. 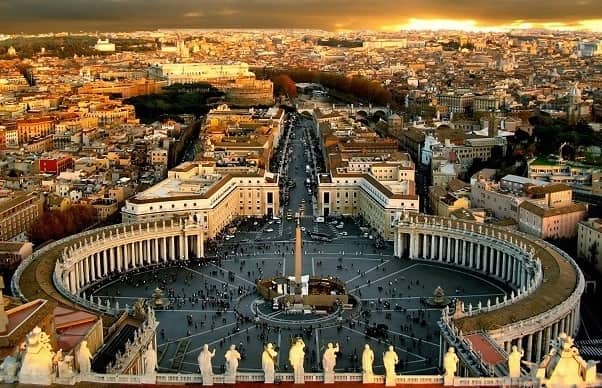 Surrounded by Rome, the holy city of Vatican has only 0.44 square kilometers of area, which is almost equivalent to two football grounds. The Holy See, which is the second name of this country has only 842 inhabitants out of which, the majority population is priests at the St. Peter’s Basilica, world’s largest Catholic Church. The Vatican City also has world’s shortest railway system with only 1.27 kilometers of railroads in total.