Siddharth Malhotra is a model turned actor, who has become a well known face in the Indian film industry in a very short period of time. In fact, he has worked for some of the biggest banners in Bollywood, which have given him an excellent launch to begin with. 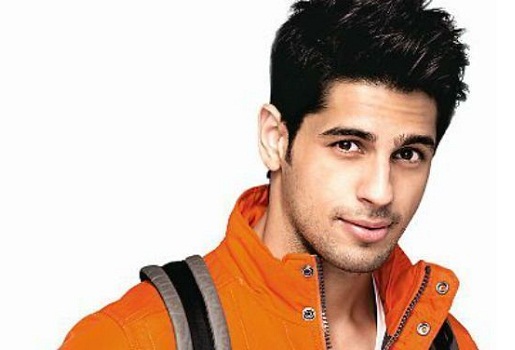 Income Sources: Siddharth Malhotra is a well known actor, who has given a number of hit films in a short period of time. He makes nearly Rs 5-6 crore per movie. He has been active in the modeling industry before making an entry into Bollywoood and has endorsed some well known brands such as Coca Cola an Kwality Walls and makes nearly Rs 20-25 lakhs per film.

Siddharth Malhotra was born in Delhi and he hails from a family which has nothing to do with films. He did his schooling from Don Bosco School in Delhi and Naval Public School, while his college education was done from Bhagat Singh College. He entered into the field of modeling at the age of 18 years just to make some few extra bucks and received considerable success here, with offers in photo shoots and fashion shows. He continued in the fields for four years, but realized that this was not his ultimate goal, which was when he decided to make an entry into the film industry.

Stepping into the film industry was not a piece of cake for Siddharth, who first auditioned for a project with Anubhav Sinha and succeeded to bag the role. But the film was shelved unfortunately and Siddharth was back to the square one. He then joined Karan Johar as an assistant director for “My Name is Khan”, an experience to sharpen his senses about acting in the industry. Finally, he got his big chance in Bollywood with a 2012 film under the same banner, “Student of the Year”, in which he co starred with debutantes Varun Dhawan and Alia Bhatt. The movie was a phenomenal success and a perfect opening for Siddharth in Bollywood. Good news again came his way in 2014, with two big releases “Hassee To Phasee” and “Ek Villain”. The later fetched him rave reviews as it had him starred in the role of an angry young man, for which he was even compared to the early days of the super star Amitabh Bachchan. The film did wonders for Siddharth and helped establish him as a promising actor in the industry. In fact, it made him get the reputation of one of the most versatile actors in the young brigade of Bollywood. He has quite a few prestigious projects upcoming this year, with the likes of “Brother”, in which he co stars with Akshay Kumar, Jackie Shroff and Jacqueline Fernandez, “Kapoor and Sons” with Fawad Khan and Alia Bhatt and an untitled science fiction movie in which he is paired with Katrina Kaif.