Rohit Sardana is a famous Indian journalist. He received many prestigious awards during his career and he is famous for the reports that he published before the elections wherein he makes a report card of the member of parliaments. 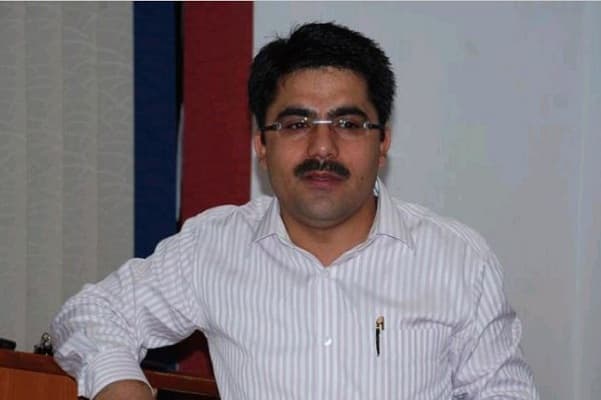 The net worth of Rohit Sardana is not known.

The major source of income for Rohit Sardana is the fee he receives for the journalism from the channels he works for.

The real name of this successful journalist is Rohit Sardana

Rohit Sardana has an average height and he is 5 feet and 10 inches tall. In addition to this, he weighs about 75 Kgs.

Talking about the personal background of Rohit Sardana, it is known that he was born in Haryana in India. Most of his childhood was spent in Kurukshetra in Haryana with his family. He also completed his schooling from Kurukshetra and he went to Gita Niketan Awasiya Vidyalaya there. After completing his schooling, he moved to Hisar and he enrolled in Guru Jambeshwar University of Science and Technology. As of now, he has a degree in Bachelors of Arts in Psychology and a degree in Masters of Arts in Mass Communication. He received both the degrees from the same university. Talking about his family, it is known that he has a brother who is a computer science engineer. Rohit Sardana is presently married and he also has two daughters. In one of the interview, Rohit Sardana shared that he also enrolled in National School of Drama as he always wanted to be an actor but unfortunately, he had to drop out of NSD as he was not liking the culture there. It was at that point of time when he decided to be a journalist.

Rohit Sardana started his career few years after completing his graduation. He grew up in a Haryanvi family and hence it took time for him to gain command over English and Hindi. This, however, became his strength in the later stage. His first job was with a radio station and he did this job while studying. In addition to this, he later moved to Delhi as he got a chance to work as an intern with TV Network. It is known that he always had the support of his teachers. In 2004, he got a chance to work as Assistant Producer for Sahara Samay and he worked there for two years before joining Zee News as an executive editor. At present, he is doing a show where he makes a report card for the members of parliament which have all the details of their work in their legislation. In addition to this, his shows help the voters in deciding their leader. Rohit Sardana has also been honoured with many awards and those awards include Sansui Best News Program Award, Madhav Jyoti Samman and Best news Anchor Award which was sponsored by Delhi Education Society.

The details about Rohit Sardana’s cars and properties are not listed on the web.