Raveena Tandon is a Bollywood actress, who topped the Indian film industry during the nineties, delivering a large number of hits. The hot and talented has also featured in some regional language movies in languages like Tamil, Telugu and Kannada. 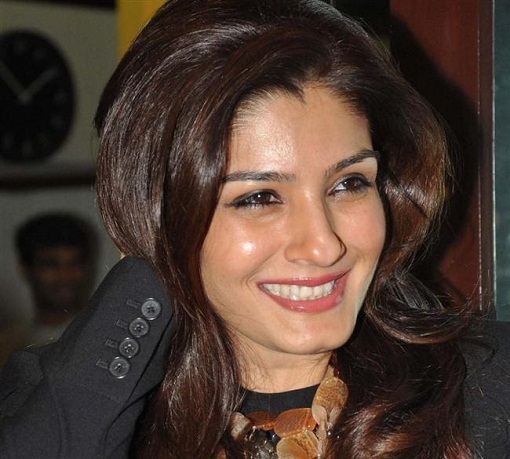 Income Sources: Raveena Tandon has been one of the most glamorous and sought after actresses in the industry, who makes about Rs 1.5-2 crore per movie. She is also a film producer and television show host.

Marital Status: Married to film distributor Anil Thadani since 2004. She has two adopted daughters, Chhaya and Pooja, while Rasha and Ranbir are her children from the marriage.

Raveena Tandon was born in Mumbai and her father Ravi tendon is a film producer and director, who made some movies in the seventies and eighties. She did her schooling from Jamnabai Narsee School and went to Mithibai College for further education. However, she dropped out after just two years in college as she received her first film offer from Shantanu Sheorey. Her brother Rajeev Tandon and cousins Kiran Rathod, Vishal Singh and Reshma Singh are active in film and television industry too. Besides her acting career, Raveena has also been active in social causes. She has adopted two daughters Chhaya and Pooja. She has also worked in support of animal rights with an organization called People for the Ethical Treatment of Animals, appearing in advertisements and singing a song for it.

Raveena Tandon made her Bollywood debut in 1991 with a movie called “Patthar ke Phool”, for which she was awarded the Filmfare Lux New Face Award. After the movie, she appeared in movies like “Andaaz Apna Apna”, “Dilwale”, “Mohra”, “Imtihaan”, “Laadla”, “Bade Miyan Chote Miyan” and “Khiladiyon ke Khiladi”. Most of her movies were successful at the box office and she received the Filmfare Award for Best Supporting Actress for “Laadla”. When she was at the prime of her career, Raveen made some mistakes which cost her dearly. She refused to work in movies such as “Gupt”, “Virasat”, “Dil to Pagal Hai” and “Kuch Kuch Hota Hai”, all of which proved to be blockbusters in the industry and some other actresses took the advantage because of these movies. After working in a large number of commercial hits, Raveena decided to devote herself to parallel cinema and proved her mettle as an actress by working in movies like “Aks”, “Shool” and “Bulandi”, all of which fetched her huge acclaim. Her brilliant performance in the Kalpana Lajmi movie called “Daman: A Victim of Marital Violence” fetched her the prestigious National Award for Best Actress. In the recent years, Raveena Tandon has been seen again in a number of Bollywood movies such as “Buddha Higa Tera Baap”, “Aap Ke Liye Hum” and “Shobhana 7 Nights”. She will be seen in the upcoming movie “Bombay Velvet” this year. Raveena has also been seen on some TV shows such as “Chakk de Bacche” and “Comedy ka Maha Muqabla”.