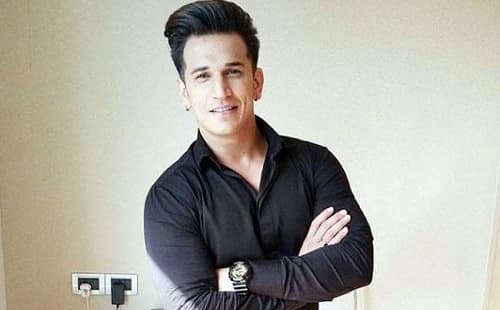 Prince Narula’s net worth is $1 million. He got his fortune from reality shows. He lives a luxurious life and has 2 houses in Punjab and Mumbai.

The main source of income for Prince Narula is from television. He became famous for the reality shows and appeared as guest in some programs too. He also appeared in movies as an actor and is releasing his own songs.

Prince Narula was born in Chandigarh, India. He became a model and bodybuilder before entering into television. His brother is Bobby Narula. He met Yuvika Chaudhary in the reality show, Bigg Boss. They later got married in Sun N Sand Hotel in Juhu, Mumbai on 12 October 2018.

Prince Narula started his career as a model and bodybuilder. He made his debut by participating in PTC Mr.Punjab 2014 and was the second runner up. He entered into Television in 2015 with the famous Roadies X2 show and won the contest. He became very famous in the show. Inn 2015, he also participated in Splitsvilla 8 and Bigg Boss 9 and won both the shows too. He also met his life partner during this time in Bigg Boss show. From 2016, he is acting as the Gang Leader for the Roadies shows, Roadies X4, Roadies Rising, Roadies Xtreme and the upcoming Roadies Real Heroes. He acted in television serials too like Naagin3, Laal Ishq etc., He appeared as a guest in “Comedy Nights Bachao”, “Splitsvilla 10”, “Love School 3” and “Ace Of Space 1”. He also started singing and released 3 songs featuring Yuvika Chaudhary.

Prince Narula was born on 24 November, 1990 in Chandigarh. His hometown is Mohali, Punjab. He did his schooling from Chndigarh Baptist School, Chandigarh. His hobbies are cooking and working out at gym. He owns Audi A4 and BMW. He has Royal enfield, Honda CBR and Suzuki Intruder in his bike list.

He is the first person to win 3 reality shows in a single year. From the prize money of 35Lakh INR which he got from Bigg Boss, he donated 5 Lakh to ‘Being Human’ foundation.