Kaun Banega Crorepati is the Indian adaptation of the popular British Show, “Who Wants to Be a Millionaire”? The Indian version of the show was first aired in July 2000 and since then it had been a popular reality game show.

If you remember, the show was first aired on Star Plus and after three seasons, the rights of the show was acquired by Sony TV. Since then, Kaun Banega Crorepati is being aired on Sony TV.

The format of the Show

The contestant is then called to the Hot Seat where the show begins. The host of the show asks the question one by one and there are certain levels in the show. These levels can differ from one season to another. In addition to this, the contestant is also given with lifelines and with help of these lifelines, the contestant can seek help from various means.

The type of lifeline can also change with the season.

Hosts of the Show

The first season of Kaun Banega Crorepati was aired on Star Plus in 2000 and the Prize money for this season for Rs 1 Crore. In addition to this, the show gained a lot of popularity in the first season itself. There were 15 questions in the show and many popular celebrities also participated in the show. The list of celebrities includes Aamir Khan, Shah Rukh Khan, Anil Kapoor, Sanjay Dutt, Sachin Tendulkar and even Sakshi Tanwar.

Talking about the winner of this season, the winner of the season was Harshvardhan Nawathe and he was a civil service candidate. He became the first ever candidate to win Rs 1 Crore in the history of Kaun Banega Crorepati.

The second season of Kaun Banega Crorepati was aired between 2005 and 2006. This season, almost everything was same except for the prize money. The prize money was doubled to Rs 2 Crore. In season 2, there were again many celebrity contestants but they were all in a pair. Some of the popular pairs included Ajay Devgan, Kajol and Bipasha Basu, John Abraham.

The winner of the season 2 was Brijesh Dwivedi and in this season, Ajay Devgan also won Rs 1 Crore but this celebrity couple donated all the money to a charity organization.

This season had almost everything same except for the host. This was the only season hosted by Shah Rukh Khan and the season was aired in 2007. This season, celebrity pairs included Salman Khan & Katrina Kaif, Priyanka Chopra & Kareena Kapoor, Karan Johar and Farah Khan along with a few more couples.

Talking about the winner, there was no contestant who could reach the crore mark in this season of Kaun Banega Crorepati.

Moving on to season 4 of Kaun Banega Crorepati, there was a break of three years in the show and the number of questions was decreased to 13 and the prize money was increased to 5 Crore. The host of the show was again Amitabh Bachchan and the rights of the show were bought by Sony TV.Many celebrities were called to be a part of this show and some of the celebrities also came to promote their movies.

The season 5 of Kaun Banega Crorepati was aired in 2011 and the format remained to be the same again. There were many celebrities again and this included Vidhya Balan, Harbhajan Singh, Shahrukh Khan, John Abraham and even Ranbir Kapoor.

In this season, Sushil Kumar, who was a computer operator won Rs 5 Crore in the show whereas there was another contestant who won Rs 1 Crore. The name of this second contestant was Anil Kumar Sinha.

Moving on to season 6, the show was aired between 2012 and 2013. The celebrities on the show included Sridevi,  Anil Kapoor,and many other popular names in the industry. The level of the game was tough as there was no minimum amount that could be won in this season.

In this season, two people won Rs 1 crore and the name of these contestants was Sunmeet Kaur Sawhney and Manoj Kumar Raina.

In the seventh season, the prize money was increased to Rs 7 crore and the number of questions was increased to 15. The minimum amount that could be won after each step was also introduced again. This season was shot and aired in 2013.

This time, no one was able to reach the top mark but two people did win Rs 1 Crore. These contestants were Firoz Farima and Taj Mohammad Rangrez

Coming to season 8, this was aired in 2014 and the number of questions was reduced by 1. This time contestants had to answer 14 questions to win Rs 7 Crore. The celebrity contestants in this season included Fawad Khan, Sonam Kapoor, Shahrukh Khan, Priyanka Chopra and many others.

This time, the history was created again as two brothers, Sachin Narula and Sarthak Narula won Rs 7 Crore which was the maximum amount that could be won by any contestant.

Moving on to the 9th season, the show was aired after a gap of 3 years and this time the number of questions in the show was 16.

This time, there were many people who won Rs 1 crore and this list includes Anamika Majumdar, Ravi Saini, and Vijay along with Arundhati Raul.

The season 10 is yet to start and as per the information available, the registration of the season 10 started on 6 June 2018. Once the registrations have been closed, the show will be aired from August Onwards. If you would like to see your name here then you must also register for the Season 10 of Kaun Banega Crorepati. It is expected that the maximum prize in this season would be between Rs 7 Crore and Rs 10 Crore. 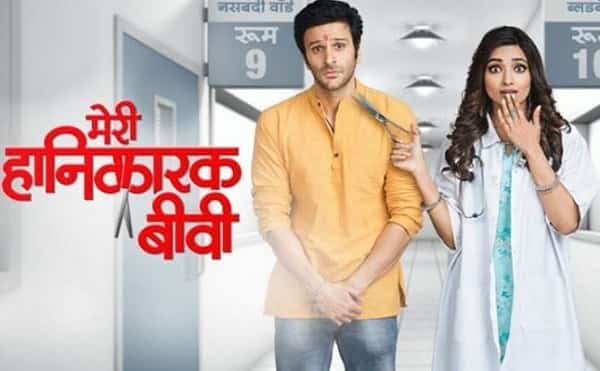